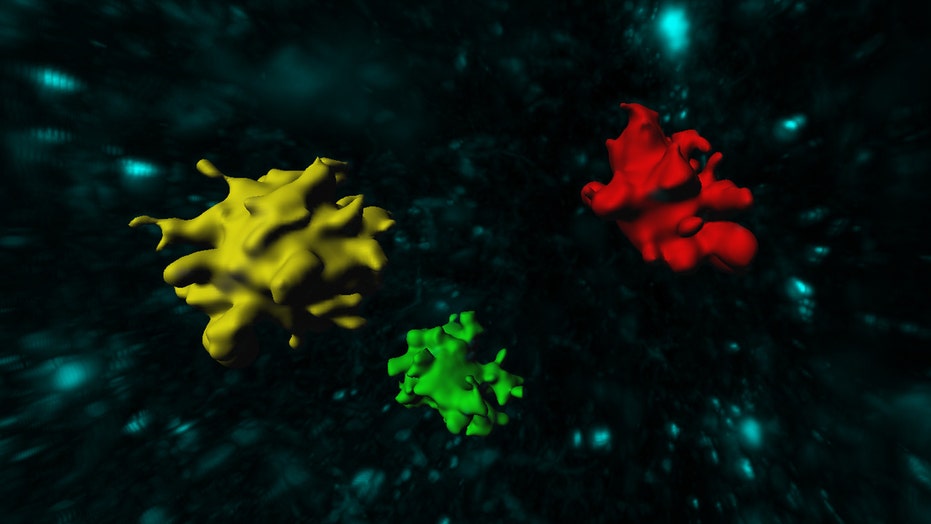 3D imaging may show cause of Alzheimer’s disease

Plaque called beta amyloid has long been linked to Alzheimer’s disease but little is known about where it comes from. New 3D imaging may reveal its secrets and shed some light on the cause of the debilitating disease

Despite the prevalence of Alzheimer’s disease, relatively little is known about its causes. Now, scientists at Rockefeller University in New York City and funding from the Fisher Center for Alzheimer’s Research Foundation have developed a potentially groundbreaking way to create 3-D images of the protein that may lead to the debilitating disease.

Over five million Americans suffer from Alzheimer’s, according to the National Institutes of Health (NIH). The form of dementia robs people of their memory, their ability to think and eventually their brain function. Scientists say the buildup of beta amyloid, a protein, is related but it’s not yet known why this plaque develops in the first place.

Gathering images of beta amyloid is difficult, requiring thin slices of brain matter to be observed under a microscope. This 2-D imaging has many limitations, especially with regards to the complexity of the brain. The Rockefeller/Fisher Center team is working to make it possible to create 3-D images.

Previously, researchers would scan micro-slides of brain matter and layer them to construct a 3-D view, but this was “very, very time consuming and you also include a lot of artifacts when you try to reconstruct a 3-D tissue.” Dr. Marc Flajolet, a research assistant professor at Rockefeller University, told FoxNews.com.

Dr. Paul Greengard is a Nobel Laureate and director of the Fisher Center. He has dedicated his life to Alzheimer’s research. He, along with Flajolet, wanted to move imaging forward to get a better understanding of the disease.

“When new technologies were coming around we decided it was a good time to try,” Flajolet told FoxNews.com. Under the guidance of Greengard, Flajolet worked closely with Dr. Thomas Liebmann, a post-doctoral fellow in the Greengard lab, to develop a new type of 3-D imaging called iDisco. The technique combines multiple technologies and microscopic techniques to see an entire brain sample in 3-D.

iDisco works by washing the mouse brain or sections of human brain through complex solvents to make the lipids, or fat, in brain matter transparent. Then the team uses state-of-the-art microscopes to scan what’s visible— the beta amyloid plaque.

“The microscope that is used in this case is called the Light Sheet Microscope,” Dr. Marc Tessier-Lavigne, president of Rockefeller University, told FoxNews.com. “That sends a sheet of light through the brain, scanning each plane in the brain in successive turns collecting all the information and using that data to reconstruct a three-dimensional brain.”

Researchers are hoping this new technology can reveal some of the secrets behind the development of plaque and ultimately the origin of Alzheimer’s disease.

“They were able to develop imaging technology so you can actually look at a beta amyloid in an entire mouse brain and substantial chunks of human brain and study where is it located, what kind of cells is it connected with,” Greengard said.

Flajolet hopes these images can lead to a categorization of Alzheimer’s, so treatment can be streamlined.

“A bit maybe like depression, right? Not everyone will respond to the same treatment” he said. “[Alzheimer’s is] a very complex disease where maybe we could organize those patients in different categories to adapt a treatment better.”

The Fisher Center for Alzheimer’s Research Foundation has received the exceptional 4-Star rating from Charity Navigator for the fifth consecutive year. For more information visit www.ALZinfo.org or follow them @FisherCenter on Twitter.