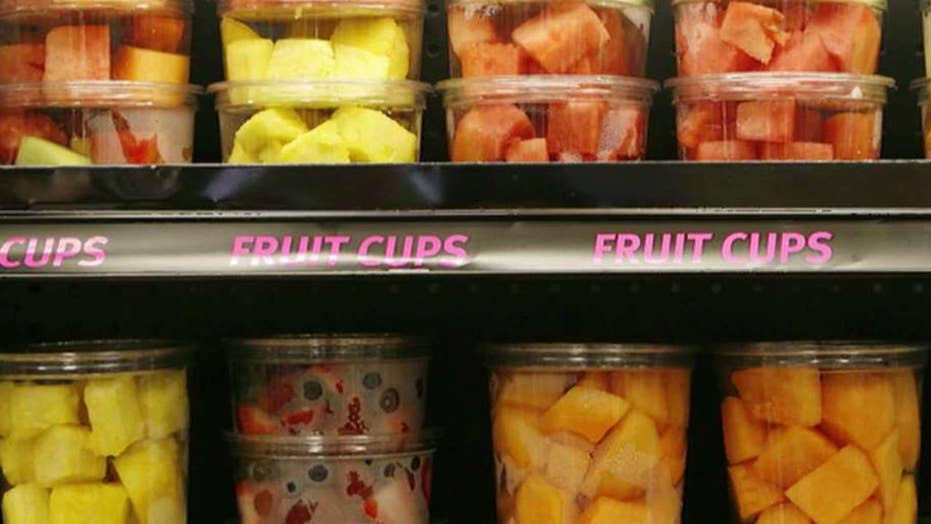 Officials urged people to throw out pre-cut melon sold in major supermarket chains after a salmonella outbreak linked to the fruit sickened 60 people in five states, the Centers for Disease Control and Prevention said on Friday.

Caito Foods, LLC recalled its packages of pre-cut watermelon, honeydew melon, cantaloupe, and fresh-cut medley products containing these melons after people reported feeling ill after eating the fruits, the CDC said in a news release. The fruit was produced in a facility in Indianapolis, Ind.

Officials said people reported contracting salmonella after eating pre-cut melon between April 30 and May 28. At least 31 people were hospitalized.

Pre-cut melon, including watermelon and honeydew, were recalled on Friday after several people reported getting salmonella after eating the fruit. (iStock)

Caito Foods has ceased production and distribution of the melons. Consumers are urged to throw away pre-cut melon that fall within the recall.

People with salmonella may develop symptoms such as fever, diarrhea, vomiting and abdominal pain. At times, infections could be fatal, especially in young children or elderly people. The bacteria can also cause arterial infections, endocarditis and arthritis on rare occasions.