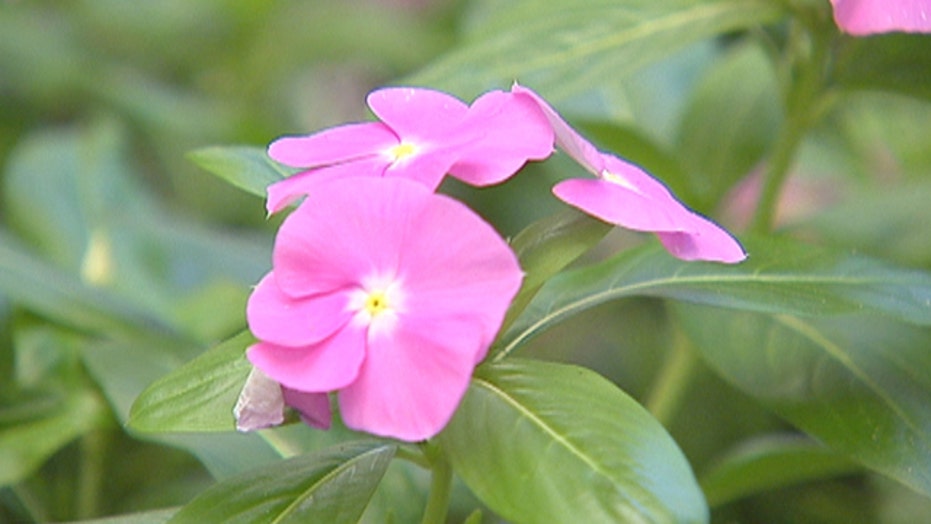 The Medicine Hunter, Chris Kilham takes a trip to the New York Botanical Garden in the Bronx for a look at a common lawn ornamental that also has cancer-fighting properties

In the field of medicine, many life-saving drugs have been developed from plants. In this category, few have been as successfully employed as the rosy periwinkle, Cathanthus roseus.

Native to the island nation of Madgascar off the southeastern coast of Africa, the rosy periwinkle is an evergreen shrub bearing five-petaled pink flowers, and it is a much-beloved ornamental garden plant. In India the plant goes by several folk names, including “Good Night,” “Shameless Maria,” and “Cat’s Vinca.” In France the plant is known as “Sorcerer’s Violet.”

In Italy the rosy periwinkle was traditionally referred to as the “Flower of Death.” This is due to the extreme toxicity of the flower and the whole plant. While rosy periwinkle is a valuable medicine, it is also extremely poisonous. Consumption of the plant, other than in small amounts, can be fatal.

The plant contains as many as 70 known alkaloids, many of which demonstrate medicinal value. These compounds include the anti-cancer compounds vinblastine, vincristine, and the blood pressure-lowering compound reserpine. Some compounds in rosy periwinkle show benefit in regulating blood sugar, and others are known to help reduce high blood pressure. Other folk uses of the plant include those for memory loss, circulatory disorders and toothache.

The best known medical agents from rosy periwinkle arose from investigation into the plant’s use in Jamaican folk medicine. Known as periwinkle tea in Jamaica, the well-known folk use of rosy periwinkle led researchers to delve into its natural chemical properties in the 1950s. Scientific analysis of rosy periwinkle led to the discovery of two previously unknown compounds, vincristine and vinblastine, which have been subsequently developed into potent medicines to save lives from leukemia and Hodgkin’s lymphoma, respectively.

As modern chemotherapeutic medicines, both vincristine and vinblastine have demonstrated profound value. Leukemia, a cancer of the blood and bone marrow, involves the formation of excessive amounts of white blood cells. The name leukemia means “white blood.” In the treatment of leukemia, the periwinkle-derived alkaloid vincristine has shown great benefit, especially in pediatric cases. As a result of vincristine use, survival rates in these cases has risen from approximately 10 percent to 90 percent.

Marketed initially by Eli Lilly and Co in the early 1960s under the name Oncovin, the drug is both effective and highly toxic. Effects of taking vincristine include hair loss, neuropathy, sodium imbalance and constipation. The drug must be used with great care and in tiny amounts, or its toxic properties will result in death.

The periwinkle alkaloid vinblastine was first isolated at the University of Ontario. Used in the treatment of the head, neck, testicles, lungs and breasts, the drug has proven especially effective with Hodgkin’s lymphoma. Named after Thomas Hodgkin who discovered the disease in the early 1800s, Hodgkin’s lymphoma spreads through the lymphatic system and is characterized by swollen and painful lymph nodes, weight loss, night sweats and a host of other symptoms.

Both vincristine and vinblastine are found in tiny amounts in the rosy periwinkle. Because of this, a very large quantity of the plant is required to produce small amounts of these drugs. Thus the plant must be cultivated in large quantities.

Many agencies in the field of international intellectual property rights consider the development of rosy periwinkle a classic case of “biopiracy.” The traditional native use of this plant has led to drug discovery without benefits accruing to natives who first used the plant. A long-standing battle has been fought over the rights of those in Madagascar due to profits arising from the development of vincristine and vinblastine, but no royalties have ever gone to the Malagasy people.