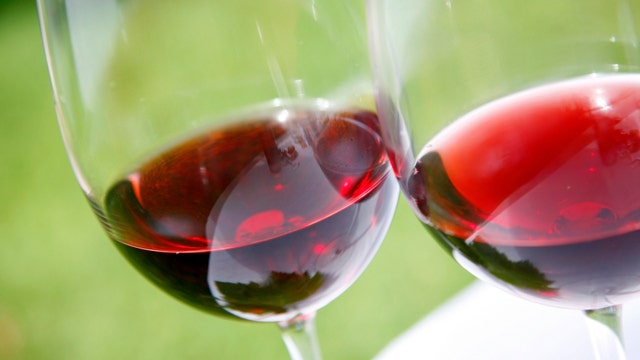 Best wines for your heart

There are certain wines that give your heart health a bigger boost. Dr. Manny sits down with Susan Kostrzewa, executive editor of Wine Enthusiast magazine, for a look at which ones to sip

Good news, red wine lovers: An occasional glass of the beloved beverage could be good for your gut health, a study published this week found.

The study, published Wednesday in the journal Gastroenterology and led by researchers with King’s College London, found that red wine drinkers had “increased gut microbiota diversity” — a sign of gut health — compared to those who opted for white wine, beer or spirits instead.

To come to this conclusion, researchers “explored the effect of beer, cider, red wine, white wine, and spirits on the gut microbiome (GM) and subsequent health in a group of 916 UK female twins,” according to a news release on the findings from King’s College London. They also studied other groups in the U.S. and the Netherlands.

US THROWS AWAY 3,500 DONATED KIDNEYS EACH YEAR: REPORT

During the study, researchers accounted for age, weight, diet and socioeconomic status for all participants, but noted they found the same results across the board.

Microbiome, according to researchers, “is the collection of microorganisms in an environment and plays an important role in human health.”

“An imbalance of ‘good’ microbes compared to ‘bad’ in the gut can lead to adverse health outcomes such as reduced immune system, weight gain or high cholesterol. A person’s gut microbiome with a higher number of different bacterial species is considered a marker of gut health,” they explained.

The “good” microbes associated with drinking red wine may be due to the so-called “polyphenols” found in red wine.

“Polyphenols are defense chemicals naturally present in many fruits and vegetables. They have many beneficial properties (including antioxidants) and mainly act as a fuel for the microbes present in our system,” researchers said, noting drinking red wine once every couple of weeks is enough to have positive gut health effects.

While the study’s authors cautioned against over-consuming alcohol, when it comes to choosing an alcoholic beverage, "red wine is the one to pick as it seems to potentially exert a beneficial effect on you and your gut microbes, which in turn may also help weight and risk of heart disease,” Caroline Le Roy, the first author of the study, said in a statement.

“While we have long known of the unexplained benefits of red wine on heart health, this study shows that moderate red wine consumption is associated with greater diversity and healthier gut microbiota that partly explain its long-debated beneficial effects on health,” she added.