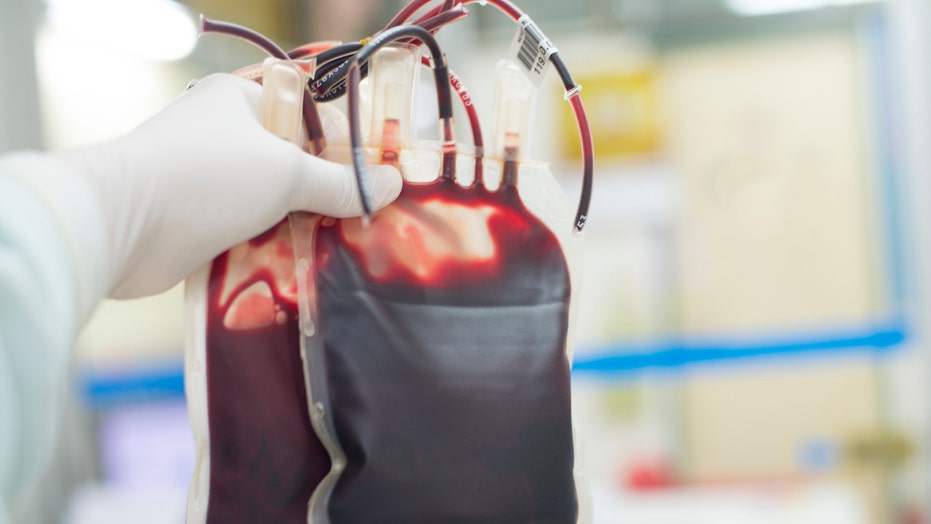 The American Red Cross launched its Missing Type campaign on Tuesday in an effort to grow the number of donors who give blood in the U.S. Only 3 percent of the nation’s population donate blood, according to the organization, which leaves many in dire need of help.

“Every day kids battling cancer, accident victims being raced into the ER, new moms facing complicated childbirths need lifesaving blood transfusions,” Cliff Numark, senior vice president of Red Cross, said in a news release. “However, only 3 out of 100 people give blood in the U.S. This is simply not enough. The Missing Types campaign allows to take a non-traditional approach and inspire individuals to roll up a sleeve to ensure blood types A, B and O do not go missing from hospital shelves for patients that dearly need them.”

MOM SHARES SON'S INFECTION PHOTO TO WARN OTHERS ABOUT SEPSIS

One of those patients is Troy Stemen, who received his first blood transfusion at the age of 16 after being diagnosed with acute lymphoblastic leukemia. He received several more blood and platelet transfusions throughout the course of his treatment, but they weren’t always readily available.

“My mom and I were pretty concerned that I wasn’t going to get the platelets in time,” Stemen, who is now cancer-free, said, in a news release. “I became pretty afraid and scared that I might not get better.”

The Red Cross has teamed up with 26 major brands in the U.S. in an effort to spread more campaign awareness. The companies, such as Ace Hardware, Amazon, Domino’s, Facebook and Google plan to drop letters A, B and O from signage and logos as well as host blood drives to encourage participation.

“Individuals who are 17 years of age in most states (16 with parental consent where allowed by state law), weigh at least 110 pounds and are in generally good health may be eligible to donate blood,” according to the Red Cross. “High school students and other donors 18 years of age and younger also have to meet certain height and weight requirements.”