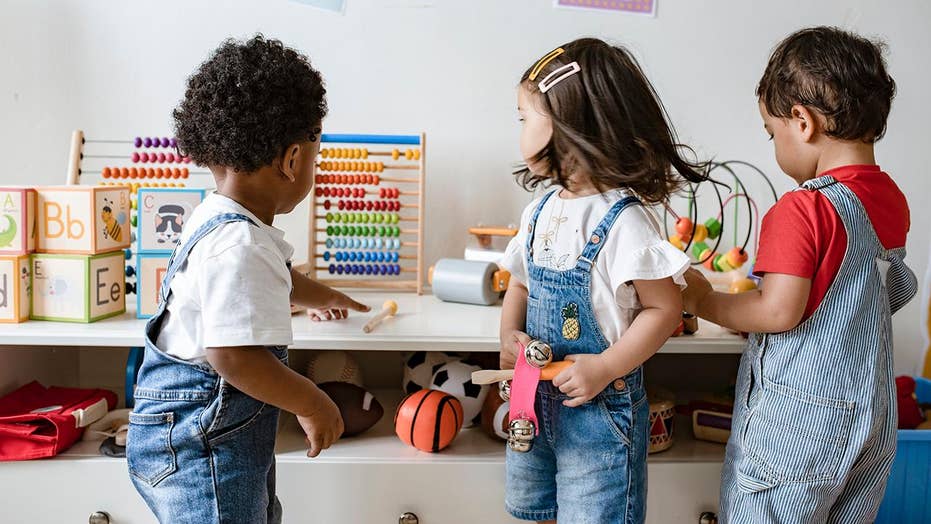 Some autism diagnoses are being missed in young children, how to know if your child is on the spectrum

New research suggests some autistic children don’t show traits of the disorder until later in life, which can cause parents to miss the signs and physicians to misdiagnose. Fox News’ Dr. Manny Alvarez sits down with a renowned autism expert to talk about early and late diagnoses and what they could mean for your child.

Joanne Tedesco’s daughter Madelyn was 2 years old the first time she took her to a see a specialist to get evaluated for autism. Tedesco said she was concerned because Madelyn wasn’t meeting milestones. At that point she wasn’t yet talking, she didn’t start walking until nearly 3 years old and she wasn’t potty-trained until age 6.

“We were told that she did not have autism because she was very social,” Tedesco told Fox News. “We didn't know what to call it, it was just kind of thrown into this global development delay category because basically no one could identify exactly what the situation was.”

It wasn’t until Madelyn was 9 that she received an autism diagnosis, one that her mother said she was waiting to discover.

“Because of those delays, I really wanted to find out what was impacting her in that way to delay her in so many areas,” Tedesco said.

In 2018, approximately 1 in 59 children were diagnosed with an autism spectrum disorder (ASD)

In 2018, approximately 1 in 59 children were diagnosed with an autism spectrum disorder (ASD), according to the Centers for Disease Control and Prevention (CDC).

The CDC states that ASD can sometimes be detected at 18 months or younger, and by age 2, a diagnosis can be considered very reliable. Yet, new research published in the Journal of the American Academy of Child and Adolescent Psychiatry suggested some autistic children don’t show traits of the disorder until age 5 or later.

In children with ASD, a late diagnosis could delay important educational and behavioral services. According to the National Institutes of Health (NIH), with early intervention, some children with autism can even make so much progress that they are no longer on the autism spectrum when they are older.

“Sometimes autism can be challenging to diagnose, especially for kids that are less severely affected,” Dr. Alexander Kolevzon, the Clinical Director of the Seaver Autism Center for Research and Treatment at Mount Sinai in New York told Fox News. “One of the challenges that we're looking for is the absence of features. The absence of eye contact, the absence of respondent to your name.”

Autism Speaks, an autism advocacy organization, lists several other signs of autism, including;

Diana Robins, the Interim director and professor at the AJ Drexel Autism Institute, said the biggest signs that parents and professionals should look out for revolves around their social ability.

“So toddlers who are not looking at people or responding when people talk to them, toddlers who are not pointing,” Robins told Fox News. “There are a lot of ways that we can communicate before we have the words to communicate verbally and so think of all the things you can do with your hands to indicate things. And toddlers are doing that. They're reaching up to be picked up. They're waving hello and goodbye. They're blowing kisses. And so the lack of these social engagement skills and social communication skills are among the first signs that we're looking for.”

Even though Tedesco’s doctors didn’t accurately diagnosis her daughter with ASD the first time she was screened, she doesn’t put the blame on anyone.

“It's not like shame on you. It's more about let's educate the educators or train the trainers kind of thing, where you go out and share what you have,” Tedesco said.

Many experts believe that a late ASD diagnosis can be made for several reasons. One being the issue of parents or physicians not noticing the symptoms until they become more distinct.

“It may take some time to be able to notice that this child is acting differently from their peers,” said Robins, who also leads the Research Program in Early Detection and Intervention for ASD at Drexel.  “This might be especially true for children who have some strengths, such as early verbal skills or really strong problem-solving abilities, because they may be able to use those streams to mask or hide their challenges, and in those cases, the symptoms will be even harder to measure until the social demands increase and they can no longer compensate with those verbal or problem-solving abilities.”

Another issue Robins said comes into play are the disparities in access to health care.

“We know that families who are from racial or ethnic minorities or from lower income backgrounds may not have as high quality or as solid access or steady access to high quality health care. And so if you're not seeing those experts, it will take longer to get a diagnosis,” she said.

Some parents may not know that under the Child Find mandate, schools are legally required to find children who have disabilities and need services. It covers every child from birth through age 21 and is part of a federal law called the Individuals with Disabilities Education Act (IDEA), which protects the rights of students with disabilities. Under the IDEA law, states must provide all eligible children with a free and appropriate public education that meets their unique individual needs.

“If your child is diagnosed or even if you're just concerned, you can contact your [school] district and they will do that evaluation,” Kathleen VanTol, an associate professor of education at Dordt University told Fox News. “They will do a global evaluation and determine why your child is struggling and then provide that early intervention.”

Specialists may start out by conducting a developmental interview and direct assessment.

“The developmental interview is with parents and focuses on understanding a child’s early language, social communication, play skills and the presence of restricted interests and repetitive behaviors,” Michelle Lee, a clinical assistant professor in the Department of Child and Adolescent Psychiatry at NYU Langone Health told Fox News.

Screening procedures have advanced significantly over the years. The Modified Checklist for Autism in Toddlers (M-CHAT) and Gilliam Autism Rating Scale, Third Edition (GARS-3) are the most widely used tools for the assessment of ASD. They can help parents identify the struggles their children are facing so they can seek appropriate help, whether that be in the form of speech therapy, occupational therapy, physical therapy or behavioral therapy.

“The more information you have, the more power you feel — you're empowered with that information,” Tedesco said. “That would be my hope for all the families that are diagnosed to take it and see it as a positive and go out and find all the resources that are available to help you through your journey.”