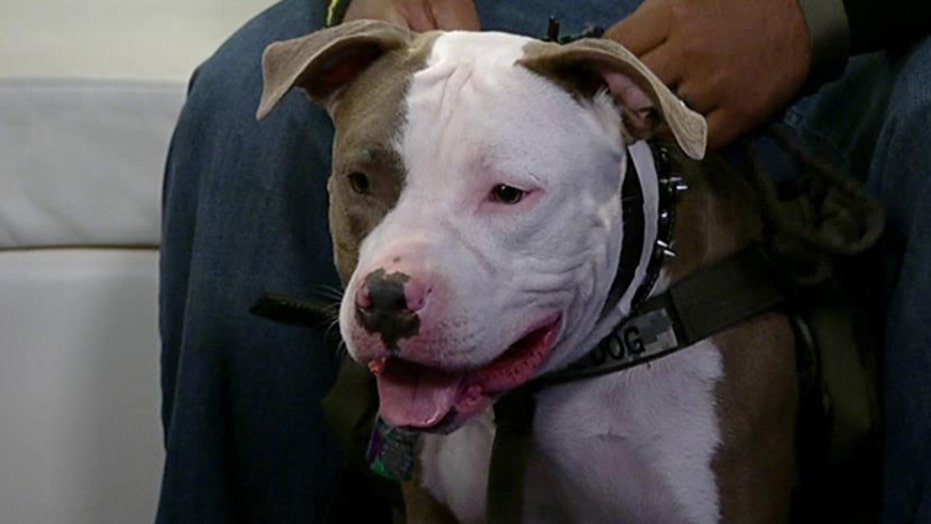 A United States veteran who served four combat tours and was awarded a Purple Heart was denied a ride on a New Jersey bus due to his service dog.

Daniel Wright, who suffers from post-traumatic stress disorder after serving 11 years in the Marines and Army, says the driver of a New Jersey Transit bus slammed the door on him and pit bull Tank, his registered service dog, when they tried to board last week.

Wright said the driver told him “no dogs on the bus,” and said he was afraid of the dog and that Tank needed a muzzle before he could ride. Despite Wright showing Tank’s collar and vest, which say US Army Service Dog, the driver slammed the door closed.

Wright said the driver’s attitude is borne of the fact that most people don’t think of pit bulls as service dogs, and favor retrievers for the role.

“They think those are the only dogs that can be service dogs,” he said.

But “he’s a good dog,” Wright said of Tank, who serves as an extension of the veteran’s left arm – pushing elevator buttons, opening the refrigerator door and even retrieving water bottles from the fridge. And the father of two says Tank is good with his sons and would never hurt them.

Wright has had nine surgeries on his left shoulder to date.

He says a NJ Transit official called him to apologize for the mistreatment, and told him the offending bus driver will be disciplined.

NJ Transit officials told WABC they are investigating Wright's complaint and issued a statement that, in part, reads, "Service animals are permitted on board all of our modes: bus, rail, light rail, and Access Link, and we take our responsibility to comply with the Americans with Disabilities act very seriously."

Following the bus shutout, another Route 1 bus driver did stop for Wright and allowed Tank to board -- after Wright showed his military ID.

Wright said service dogs are not exclusively for those who are blind or deaf, and he wants to bring awareness to the needs of veterans, many of whom are “out here with service animals,” he told WABC.