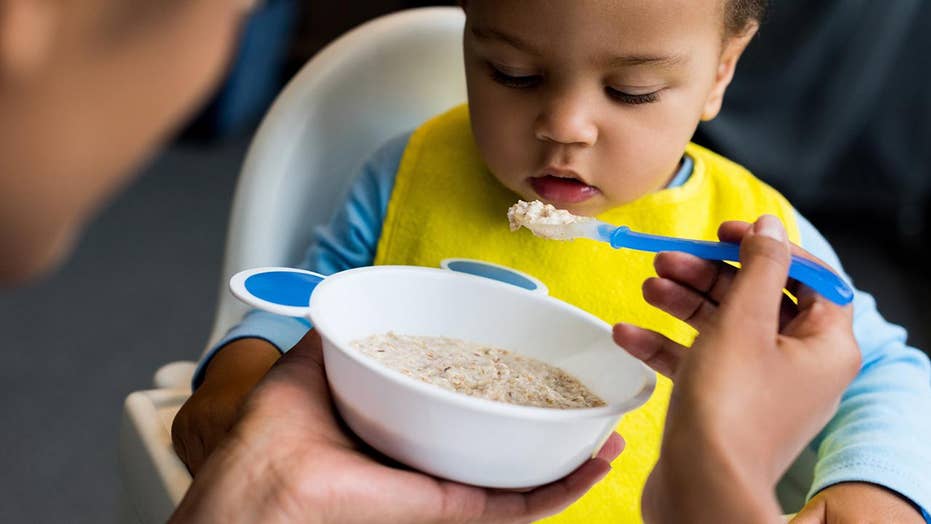 A new Consumer Reports study found many types of food commonly eaten by babies and toddlers -- such as packaged entrees, fruits and vegetables -- contained “measurable levels” of certain heavy metals.

Many of those tested were popular brands such as Gerber and Beech Nut, but researchers noted that the findings should be interpreted as a "spot check of the market and should not be used to draw definitive conclusions about specific brands."

Still, of the brands and samples studied, “15 of the foods would pose potential health risks to a child regularly eating just one serving or less per day.”

Researchers also determined baby and toddler foods labeled as "organic" did not mean these products were safer or contained less heavy metals than non-organic foods.

The effects from these heavy metals are long-term, not short-term, according to the Consumer Reports study. The long-term effects can result in serious complications, such as different types of cancer, type 2 diabetes and cognitive issues, among other potential side effects.

“These toxins can remain in your body for years,” Tunde Akinleye, a Consumer Reports’ Food Safety Division chemist who led the testing, said in the report.

Despite popular belief, the U.S. Food and Drug Administration (FDA) does not currently have any strict regulatory guidelines of what levels of heavy metals found in these baby and toddler foods -- which come from water and soil contaminated through the use of pesticides, for example -- are acceptable.

"These heavy metals shouldn’t be in food, period."

When Consumer Reports contacted the FDA with the findings, the agency said it “has made this a priority and is working to reduce the health risks these elements present, especially to those most vulnerable: children.” WebMd reported that the FDA plans to “finalize new guidelines” regarding these levels by the end of the year.

All of the baby food manufacturers that were included in the study were also contacted, many of which said they would support stricter guidelines regarding heavy metals in baby and toddler food, according to Consumer Reports.

As for what parents can do to lessen their child’s risk of ingesting some of these heavy metals, Consumer Reports researchers recommend limiting the amount of rice cereal in your infant’s diet, think about choosing white rice over brown (the latter had higher levels of inorganic arsenic), limiting packaged snacks (such as rice cakes and chips), limit a child’s fruit juice intake (such as apple and grape juice), and limit chocolate intake (cocoa powder can contain heavy metals such as lead, according to the study).

More suggestions -- such as choosing snacks like bananas, hard-boiled eggs and strawberries instead, as these foods, among others, contain low levels of heavy metals -- can be found here.