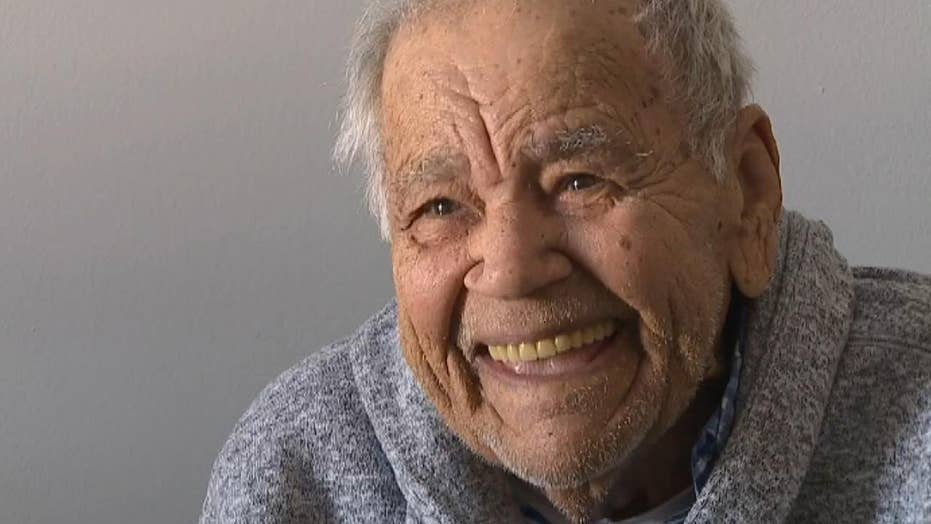 Benigno Velazquez was born in Puerto Rico on February 13, 1912.

Think life is great and expect that to continue? You may have a good chance of living to a ripe old age, a new study suggests.

The study found that optimistic people tend to live longer than those with a less rosy view of the world.

That conclusion comes from a study of more than 69,000 female health professionals ages 58 to 86, and more than 1,400 male veterans ages 41 to 90, who were followed for 10 to 30 years. At the start of the study, participants (who were all in the U.S.) answered questions to gauge how optimistic they were, such as "overall, I expect more good things to happen to me than bad."

'BACK TO SCHOOL' ADVICE FROM IOWA SENIOR CITIZENS GOES VIRAL

The findings held even after the researchers took into account factors that could affect the link, including whether participants had health conditions such as heart disease or cancer, or whether they experienced depression.

The results add to a growing body of evidence that certain psychological factors may predict a longer life span, the authors said. For example, previous studies have found that more optimistic people have a lower risk of developing chronic diseases, and a lower risk of early death. But the new study appears to be the first to directly look at the link between optimism and longevity.

The researchers note that the link found in the new study wasn't as strong when they took into account certain health behaviors, including smoking habits, alcohol use, exercise levels and diet. This suggests that these behaviors may, in part, explain the link.

In other words "optimism may foster health-promoting habits and bolster resistance of unhealthy impulses," the authors, from Boston University School of Medicine, wrote in their study, published Aug. 26 in the journal Proceedings of the National Academy of Sciences.

Still, the study found only an association, and cannot prove for certain that optimism causes a longer life. The study mainly included white people with a high socioeconomic status, and so it's unclear how well the findings apply to other populations, the authors noted. In addition, the study wasn't able to take into account all factors that could affect a person's optimism level, such as whether participants had lost a job or experienced the death of a loved one, which could also affect the results.

But if the findings are true, they suggest that optimism could serve as a psychological attribute that "promotes health and longevity," the authors wrote in the paper.

Some studies suggest that interventions such as brief writing exercises, meditation or some types of talk therapy could help enhance people's optimism.

However, more studies are needed to look at whether improvements in optimism translate to better health over both the short and long term, the authors concluded.

5 reasons not to fear getting older

7 things that will make you happy