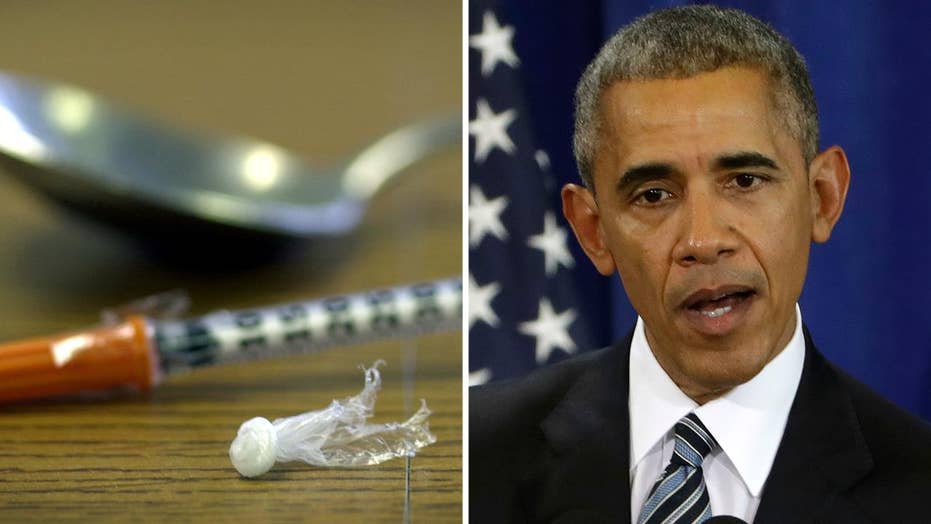 Is the Obama administration partially responsible? 'The O'Reilly Factor' investigates

The U.S. opioid crisis shows no sign of receding as a new year begins, with the latest data from several hard-hit cities and states showing overdose fatalities reaching new peaks as authorities scramble to stem the tide.

The synthetic opioid fentanyl, which has up to 50 times the potency of heroin, remains the chief culprit driving the increase in fatalities, according to medical examiners and health and law-enforcement authorities in abuse hot spots, such as Ohio, Maryland and New England.

Federal data for 2015 deaths came out only last month, showing a nearly 16% climb to 33,091 opioid deaths in the year. Many jurisdictions are still compiling the grim tallies for 2016.

“We’re just really awash in drug deaths, and it got acutely worse,” said Thomas Gilson, the medical examiner in Cuyahoga County, Ohio, which includes Cleveland and is the state’s most populous county.

So far, his office has recorded 517 deaths from heroin and fentanyl in 2016, more than double the number from the previous year. And he isn’t done counting.

Click here for more from the Wall Street Journal.