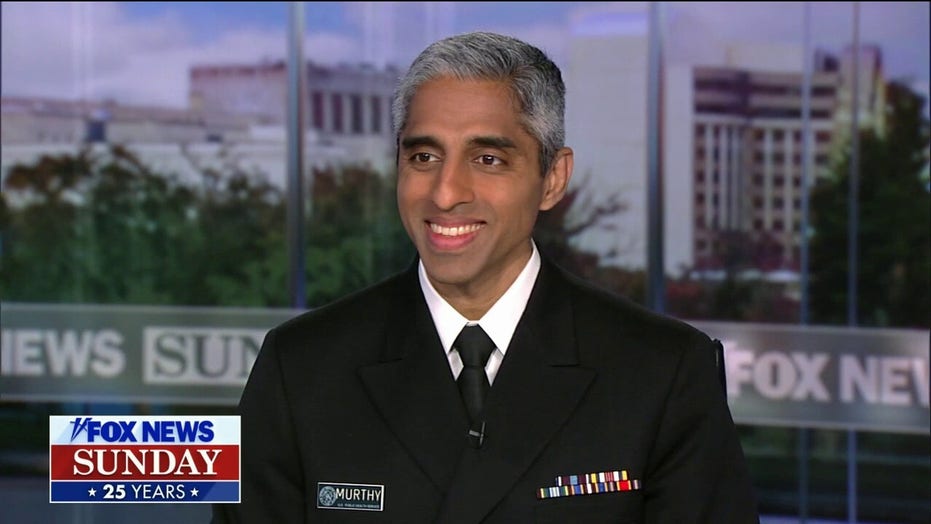 US surgeon general on latest COVID variant: 'Our focus should be on preparation, not panic'

The subvariant omicron BA.2 has health officials’ attention, just as COVID restrictions have eased up. It has been classified as a "variant of concern," according to the Centers for Disease Control and Prevention (CDC) and the World Health Organization (WHO). This variant is also called "stealth" omicron because its genetic mutations could make it difficult to distinguish from the delta variant using PCR tests as compared to the original version of omicron, according to the American Medical Association.

WHO said in a recent statement "initial data suggest that BA.2 appears inherently more transmissible than BA.1, which currently remains the most common Omicron sublineage reported."

Emergency department physician Dr. Fred Davis told Fox News that so far "It is not currently being seen that the BA.2 variant causes more severe illness or carries an increased risk of being hospitalized."  Davis, who is the associate chair of emergency medicine at Northwell Health on Long Island, New York, also told Fox News, "Early evaluations similarly show that vaccinations and boosters have been shown to be up to 77% of preventing severe disease requiring hospitalization."

Davis, who is an emergency physician who treated patients throughout the pandemic, also said, "Symptoms are consistent with the previous omicron variant, which have been milder symptoms than the original COVID. They consist of fever, headaches and muscle aches that typically last a few days."

World Health Organization (WHO) sign at the entrance of its headquarters in Geneva.  ( FABRICE COFFRINI/AFP via Getty Images)

The WHO report also said that preliminary laboratory data from Japan using animal models without any immunity to SARS-CoV-2 showed that BA.2 might cause more severe disease in hamsters compared to BA.1. The report then said, real-world data about clinical severity gathered from South Africa, Denmark and the United Kingdom, where there are high levels of immunity from vaccination or natural infection, found there was no reported difference in severity between BA.2 and BA.1.

Dr. Aaron Glatt, chief of infectious diseases at Mount Sinai South Nassau in New York, and a spokesperson for the American Society of Infectious Diseases, told Fox News, "BA.2 is more contagious but not more severe than BA.1." The epidemiologist warned that areas that did not experience predominate cases of BA.1 are more likely to see BA.2 infections in significant numbers. "Almost nobody gets a second BA 1 or 2 infection," Glatt told Fox News.  Glatt also said preventative measures could be taken to avoid being infected by this latest variant and told Fox News, "Being boosted and vaccinated are still the best ways to prevent serious illness from BA.2."

According to data published by the Centers for Disease Control and Prevention, the "stealth" omicron variant accounts for nearly a quarter of new infections nationally. Another subvariant of omicron, BA.1, made up approximately 66 percent of all cases in the U.S., while omicron is nearly 11 percent of all cases, according to media reports citing data gathered for the week ending March 12.

Davis told Fox News that with this latest subvariant, the U.S. may see an uptick in cases, "As mask mandates become lifted it is expected that there will be an increase in numbers of COVID positivity rates, especially as this variant becomes more prevalent. The hope is that with vaccinations and booster, the severity of those infected does not lead increased hospitalizations," the emergency physician said.