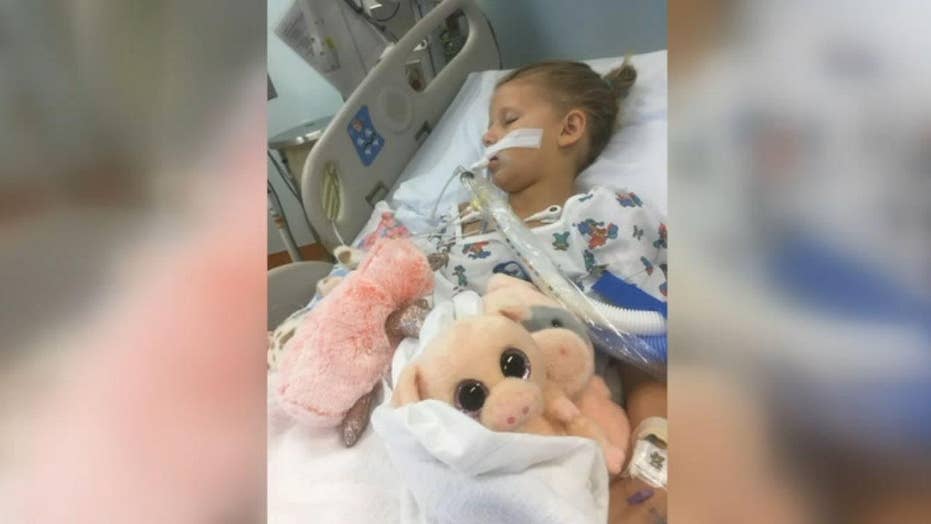 Raw video: A 5-year-old girl was diagnosed with a rare tick paralysis at the Cincinnati Children’s Hospital.

Averey Mell was taken to the Cincinnati Children's Hospital earlier this month after the young girl fell face-first on her bathroom floor, her mother, Sami Mell, told Fox 19. Later, Averey was unable to feed herself and reportedly had trouble breathing on her own.

Doctors were unsure what was sickening the young girl — until her mother found two Dogwood ticks hiding behind her daughter's ear. By the time they were located, they were the size of a quarter, the news station reports.

The 5-year-old was suffering from tick paralysis, which, in North America, is primarily caused by five tick species, the American Lyme Disease Foundation says.

Tick paralysis, according to the foundation, “occurs when an engorged and gravid (egg-laden) female tick produces a neurotoxin in its salivary glands and transmits it to its host during feeding.”

“Experiments have indicated that the greatest amount of toxin is produced between the fifth and seventh day of attachment,” it continued.

"The infectious disease doctor of 30 years said he’s never seen [anything] like it."

Symptoms often include fatigue, numbness of the legs and muscle pains.

“Paralysis rapidly develops from the lower to the upper extremities and, if the tick is not removed, is followed by tongue and facial paralysis,” the foundation said, noting in severe cases, the condition can cause convulsions, respiratory failure and, in rare cases, death.

Since the toxin can only be released when the tick is attached to its host, symptoms typically “diminish rapidly" once the parasite is removed, according to the foundation.

Mell said her daughter improved shortly after the ticks — which likely attached themselves to the girl as she played outside — were removed.

The news comes after a similar incident occurred in Colorado. In June, a 7-year-old girl suffered from the tick-related illness after staying at an overnight camp.