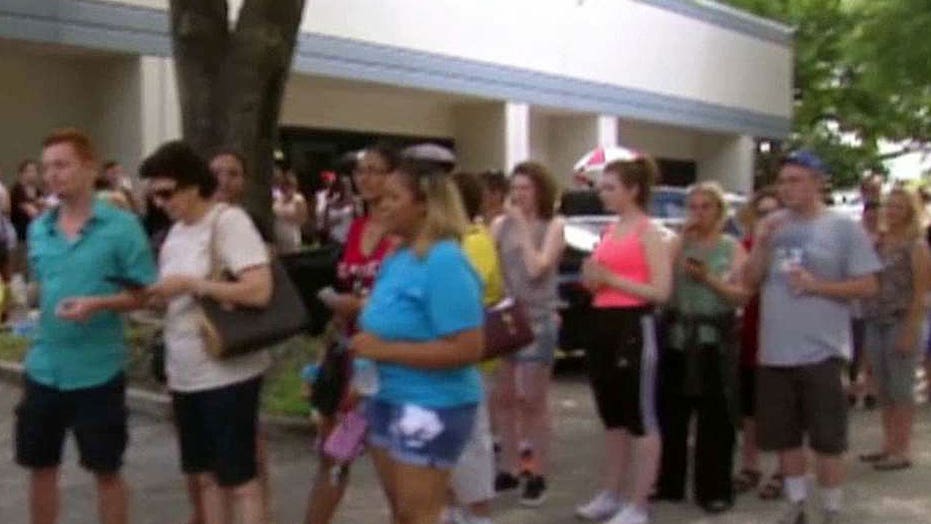 Hundreds line up to donate blood in Orlando

Florida health officials were calling Sunday for blood donations following a shooting massacre in Orlando, where at least 50 people were killed and dozens more injured.

"Dozens of people have been injured and taken to area hospitals. The need for blood continues," the nonprofit OneBlood said in a statement.

OneBlood says there is an urgent need for O Negative, O Positive and AB Plasma. The nonprofit provides safe, available and affordable blood to more than 200 hospital partners and their patients throughout most of Florida, parts of Georgia, Alabama and South Carolina, according to its website.

The guidelines of the Food and Drug Administration for potential blood donors include the recommendation: “Defer for 12 months from the most recent contact a man who has had sex with another man during the past 12 months.”

However, OneBlood says it will be accepting donations from gay men, despite the federal policy. The agency says donors will be given full blood screening, “but they are not turning people away from donations.”

Generally healthy people ages 16 and older, who weigh at least 110 pounds, can donate blood. A photo ID is required.

According to police, 49 people were murdered and at least 53 injured when Omar Mateen, 29, opened fire inside Pulse, a gay nightclub in Orlando, in what is the deadliest mass shooting in U.S. history. Mateen later died in a shootout with police.