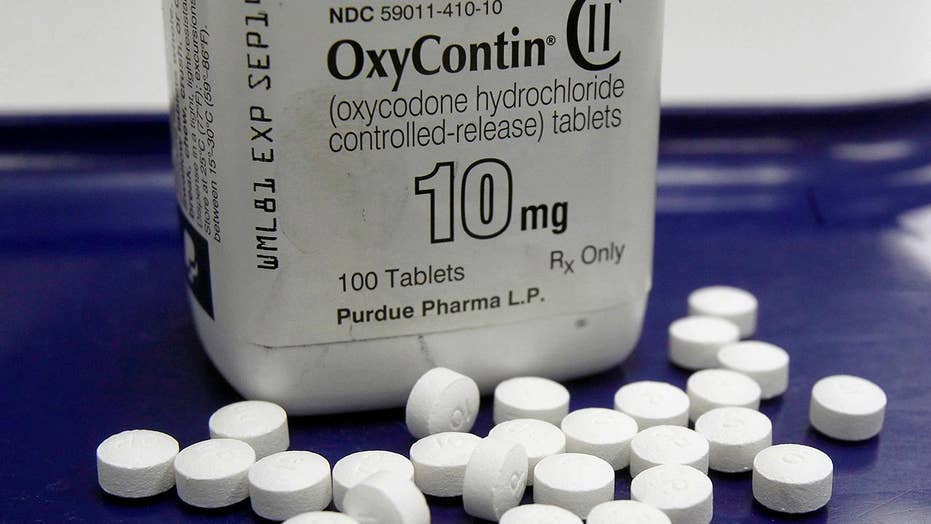 Oklahoma Attorney General Mike Hunter speaks out on what the settlement means for the state's fight against the opioid epidemic.

The New York attorney general announced Thursday the state is suing the Sackler family, the billionaire owners of Purdue Pharma which produces the highly addictive opioid painkiller OxyContin, for their involvement in the nationwide opioid crisis just two days after the company agreed to pay $270 million to settle similar claims in Oklahoma.

In an amended complaint, New York added the Sackler family to its lawsuit against Purdue Pharma, Johnson & Johnson, Cardinal Health and other drug manufacturers and distributors. New York alleges the defendants pushed doctors to prescribe its products, lied about how addictive their products were, and turned a blind eye on red flags at pharmacies, reported Bloomberg.

“Simply put, they put profit over patients,” New York Attorney General Letitia James said Thursday at a press conference in Manhattan, adding the Sacklers “profited off the suffering, the death of New Yorkers.”

State and local governments filed more than 1,600 lawsuits across the country, most of which have been consolidated in a Cleveland, Ohio, court, that aim to hold drug companies responsible for misleading marketing campaigns that allegedly prompted the outbreak of the U.S. opioid crisis. On Tuesday, Purdue Pharma agreed to pay $270 million to the state of Oklahoma to settle similar claims.

James, a Democrat who took office in January, accused the Sackler family of hiding its vast fortunes in an effort to protect their billions should legal actions result from Purdue Pharma’s aggressive opioid marketing scheme.

"We allege that the family has illicitly transferred funds from Purdue to personal trusts so they are potentially outside the reach of law enforcement and our efforts to seek restitution and penalties," James said.

The Sackler family issued a statement, denying the claims made in the New York lawsuit, and argued that “expanding this baseless lawsuit to include former directors of Purdue Pharma is a misguided attempt to place blame where it does not belong for a complex public health crisis.”

“We strongly deny these allegations, which are inconsistent with the factual record, and will vigorously defend against them,” the Sackler family said.

The 258-page complaint detailed remarks made by members of the Sackler family in an effort to hold the family -- and not just its company -- accountable for the alleged marketing scheme.

At a 1996 launch party for OxyContin, former Purdue Pharma CEO Richard Sackler asked an audience to compare the release of the highly addictive opioid painkiller the intensity of blizzard.

"The launch of OxyContin tablets will be followed by a blizzard of prescriptions that will bury the competition," Sackler said, according to the complaint. "The prescription blizzard will be so deep, dense and white."

State and local governments have sought the Sackler family fortune as a way to recover the billions spent on social costs during the widespread addiction epidemic that devastated communities across the country.