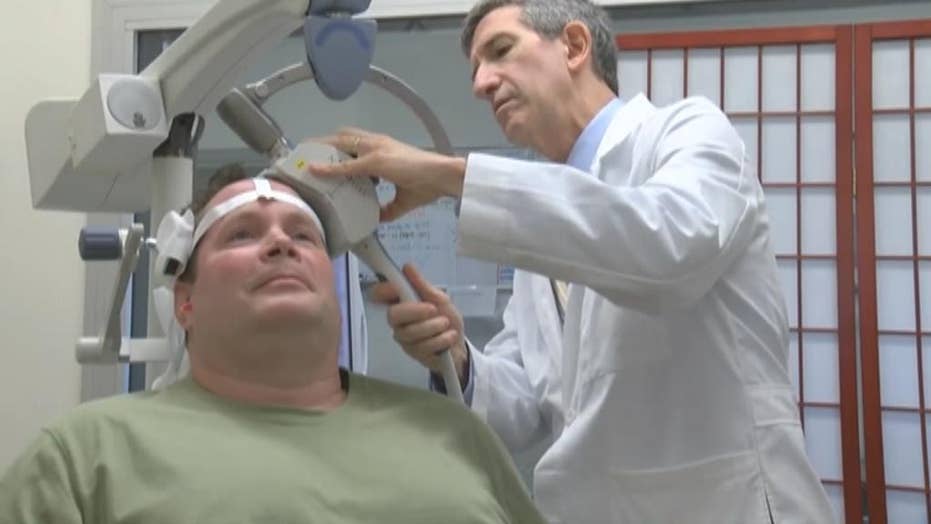 Medications don’t always help patients suffering from depression, in fact studies show they can be ineffective in up to 40 percent of all patients. Doctors at UCLA Health are offering a new drug-free treatment for people with depression.

Each year, Americans spend billions of dollars on antidepressants, but studies show they can be ineffective in up to 40 percent of all patients.

California native, Bob Holmes is one of the 16 million people in the U.S. who suffer major depressive episodes each year. Holmes has suffered from depression his entire life, and has tried several different medications to help but nothing seemed to work.

"They tried to adjust my medication but the medication had side effects that weren't desirable,” Holmes said.

Doctors at the Semel Institute for Neuroscience and Human Behavior at UCLA Health are taking a different approach to help patients.

Instead of drugs, they’re beaming magnetic pulses deep inside a patient's brain to change the way depression symptoms are perceived. It's called transcranial magnetic stimulation or TMS and it's currently FDA approved to treat depression only.

"The idea [is] that by using non-chemical means we can change the brain and how it functions," Dr. Andrew Leuchter, director of the Semel Institute’s TMS clinical and research service, said. “By pulsing it [the brain] with energy repeatedly, we're changing the way that area works, but also changing the way the whole brain network works."

Doctors said it could also prove helpful in a wide range of conditions like schizophrenia, epilepsy, Parkinson’s disease and chronic pain, by rewiring a network of signals in the brain.

"What TMS is doing is changing how that network functions, really rebooting the network to improve symptoms of mood, anxiety and chronic pain,” Leuchter said.

Several patients treated with TMS for depression said the therapy also helped to relieve their pain, which raises the question about whether TMS could one day become an alternative to opioids.

"This is a really transformative kind of therapy. But, in medicine there's always the wish to do better, to help more people than what we do now," Dr. Ian Cook, the director of the UCLA Depression Research and Clinic Program, said.

Doctors have reported that the treatment can feel a bit uncomfortable at first but patients get used to it quickly and find substantial relief from their depression within a few weeks.

For Holmes, the treatment has made a dramatic difference in his life.

"It provided that kind of jolt to get my brain to start work again normally,” Holmes said.