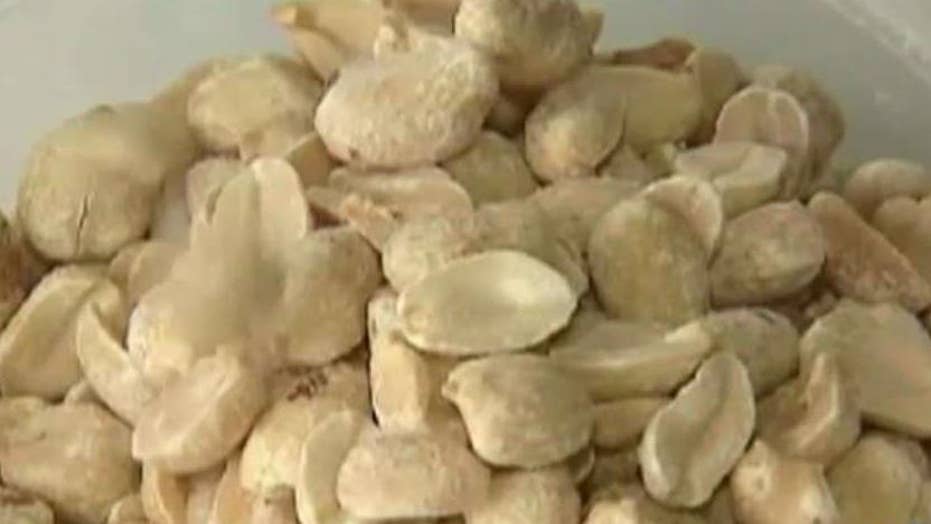 A quick-thinking 8th grader is being called a hero by his classmates and town after he helped to save his friend’s life while on a field trip last week. Timothy “T. Sully” Sullivan, of New Hampshire, noticed Haidar Faraj was struggling to breathe after he had eaten French fries, Boston 25 News reported.

Faraj, who has a severe allergy to nuts and wheat, did not know that the French fries had been cooked in peanut oil.

“We went to go use the EpiPen, but I didn’t know how to use it,” Faraj told the news outlet. “So one classmate offered to help… She tried it, but it didn’t work at first. So that’s when T Sully came in and he helped me out.”

Sullivan had learned how to use an EpiPen while at summer camp last year.

“I took it. I said, ‘Haidar, are you ready?’ I said, ‘One, two, three,’ and I stabbed it into him,” Sullivan told Boston 25 News. “I told him to come sit down, give your leg a rest, where he got stabbed, and I went to go get some security guards.”

Within minutes, Faraj’s breathing returned to normal and Sullivan was applauded for his life-saving actions. He was presented with a hero award by the Walpole Police Department and free movie tickets, Boston 25 News reported.

“I thought I was in trouble when he handed it to me,” Sullivan said of his award. “I honestly got proud of myself. It was honestly pretty cool to receive it.”

Faraj is happy his friend is being recognized for his actions.

“He saved my life,” he told the news outlet. “So it’s a good thing that he was recognized for that.”