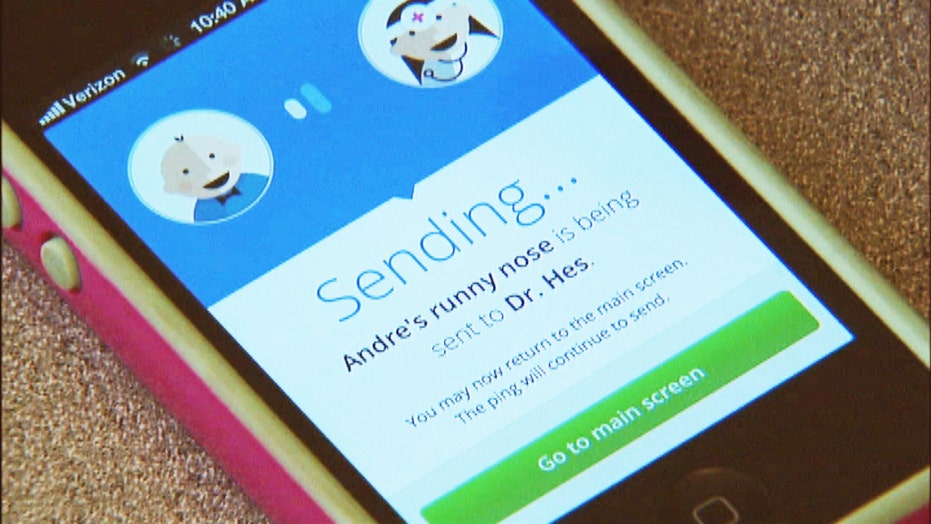 The time you have with your doctor is shrinking and sometimes you need to continue the conversation after you leave the office. That’s where the app PingMD comes in. It allows you to communicate with your doctor via text, photos and video

Eight minutes: that’s the average time a patient spends with his or her doctor during an appointment. And for many, it’s just not enough.

To battle this ongoing problem, Dr. Gopal Chopra, a neurosurgeon-turned-entrepreneur, developed a free app called PingMD that enables a person to stay in contact with his or her doctor outside of office visits.

"PingMD is a very easy to use communication solution that allows a patient to reach their own doctor,” Chopra said. “The patient can actually put in picture and video to simplify and make it quick for the doctor to know what's going on and respond to them."

Now, hundreds of physicians in numerous specialties are using the app to simplify the communication process. PingMD is especially popular with pediatricians, who deal with lots of questions from new parents.

Dr. Dyan Hes, medical director at Gramercy Pediatrics in New York City, said 200 of her patients use the app.  She answers “pings” in between appointments or when she has free time.

Hes said it has made it easier for patients to remember her instructions, because they can store that information in the app and access it at any time.

Additionally, Hes adds all "pings" to her patients' medical records.

"Every morning when we come in, our secretary goes through 'pings' from the night before and all those 'pings' actually get uploaded in a PDF file to their medical chart," Hes said.

Furthermore, parents have access to all of the data collected as well.

"If they move, if they go somewhere else, their exams go with them, their immunizations (and) all those 'pings' go too so the other doctor can see those are all the conversations we had over PingMD," Hes said.

Aditi Deeg, a mother of two, said the convenience of the app is what convinced her to take her children to Gramercy Pediatrics.

"It just saves so much time; it's great technology for young moms who are running around working, doing a hundred other things," Deeg said.

Deeg also said the app gave her peace of mind when her son had a terrible cough a few months ago.

"We did a video and sent it to the doctor, and the doctor's like, ‘He's definitely wheezing, bring him in right away,’” Deeg said.

However, doctors warn the app is not meant for emergency situations. Hes said she sets her PingMD hours for during the day, when patients can reach her.

For more information, go to PingMD.com.