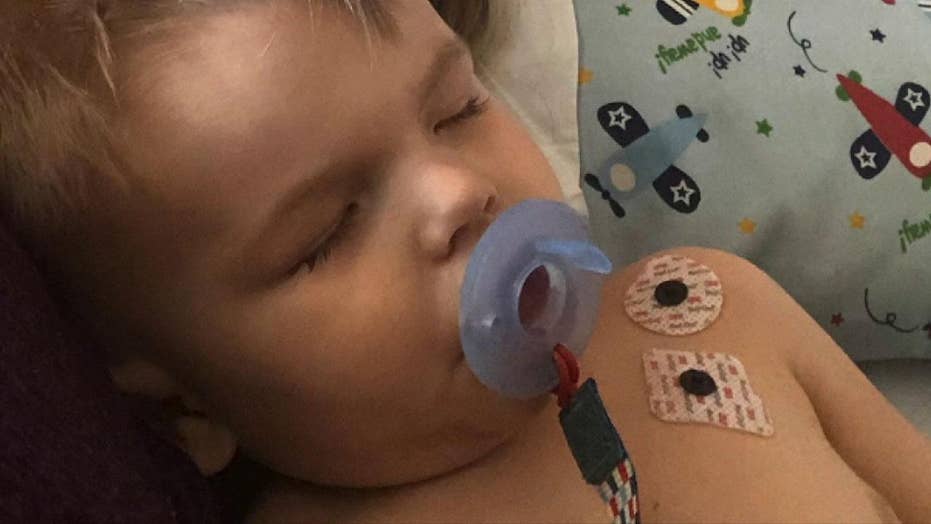 Toddler hospitalized after choking on a piece of popcorn

A Colorado mother is warning about the dangers popcorn can pose to young children after her 2-year-old developed aspiration pneumonia, and had to have pieces of the snack pulled out from his lungs. Nicole Goddard said she never knew about the risk, and if she did she would’ve never given her kids popcorn.

“Now that I’ve had a chance to sit and reflect on a very unfortunate but eye opening event that our family encountered I wanted to share our experience because as I’ve shared the story so many people were shocked and unaware of the bad effect popcorn can have on a toddler,” Goddard wrote on Facebook, about a week ago.

“Last Saturday night we were all watching a movie and eating popcorn which is a very frequent event on the weekend in our home. I didn’t think twice to give Nash popcorn,” she said. “Nash had a small choking episode but was fine. We didn’t see anything come out so we assumed he swallowed it. He seemed completely fine and continued to watch the movie. The only thing we observed was a cough he developed after the episode.”

Goddard shared that Nash’s cough was present the next day, but that the rest of the family was dealing with a cold and cough so she assumed he caught it as well, KDVR reported. A few days later she noticed he had fever and was fussy, so she gave him Motrin and put him to bed, but after a few hours “his breathing looked a little labored to me and he just didn’t feel good.”

She said a call to the pediatrician landed them in the hospital for a chest X-ray, followed by a bronchoscopy. The procedure allows a doctor to examine the airways by inserting a bronchoscope through the nose or mouth, down the throat to reach the lungs.

Goddard said the procedure revealed that Nash had aspirated popcorn into his lungs during the choking episode.

She said the second procedure rid his body of a final piece, and that he has since recovered.

“All of this over popcorn which is eaten on a regular basis in our home,” she said. “I got a lecture on how popcorn isn’t supposed to be given to anyone under 5. I hate to use the excuse he’s our third child so I overlook and don’t pay as close attention to the do’s and don’t’s as we did with our first. Please no negative judgment on this post, I wrote it as an eye opener for people to see how something that you think is fine can quickly turn into something bad!”

Choking is the leading cause of injury among children, especially in those under 4, according to the American Academy of Pediatrics. The group has long-called for improving monitoring or labeling on hazardous foods, as well as developing public awareness campaigns to educate parents about the potential dangers.