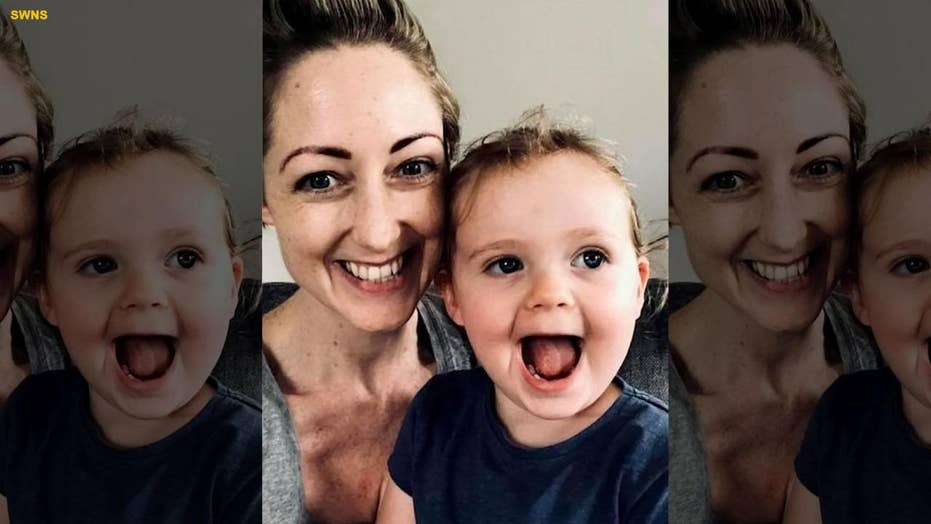 Weeks after giving birth to her daughter Maya, Laura Cafferty, 36, was diagnosed with leiomyosarcoma, a rare form of tissue cancer. After a two-year battle with the disease the young mother has passed away.

A mother who sparked a major fundraising appeal when she was diagnosed with a rare form of cancer just weeks after giving birth has died.

Laura Cafferty, 36, had a two-year battle with leiomyosarcoma, a rare form of tissue cancer.

Since her initial diagnosis, Cafferty has inspired a campaign to raise £134,000 (approx. $176,800) which was to be used for treatment in specialist centers around the world.

She was told no treatment was available on the NHS but had already visited a specialist unit in Mexico twice to try and prolong her life with husband Karl and newborn daughter Maya.

But a Facebook group set up to share news of Cafferty's battle with cancer has now announced to her legions of followers she has passed away.

Cafferty inspired a campaign to raise £134,000 which was to be used for treatment in specialist centers around the world. (SWNS)

The post on the page read: "Dear friends, it’s with a heavy heart that we have to tell you all that sadly Laura passed away at home this morning.

"Thank you all for your support and kind messages. Xx."

Cafferty was diagnosed with the rare form of aggressive cancer on her 34th birthday and was told if she was lucky she would live for another two years.

The mom-of-one, originally from Kilmovee in Ireland, had moved to Jersey in the U.K. with her family.

Cafferty was interviewed about her battle at the start of February to mark World Cancer Day.

"The reason I am fighting so hard is for my little girl. She is 2," she had said. "She needs her mum around. We are a happy little family and we need to stay that way."

Karl said he was currently too distraught to speak about his wife's death.

But in an earlier interview about her diagnosis, he said: "We had just got married and had our daughter. She's good therapy for Laura, it keeps her smiling."

Cafferty initially had intensive chemotherapy but the cancer spread to her pelvis, back and spine and she was told there were no further NHS treatments available.

Karl said: "We flew over to Southampton once every three weeks for four days and she was hooked up solid for those four days. We had a meeting with the oncologist after that and he just said, 'This isn't working, the tumor has grown and there's not much more we can offer.'"

Together, the duo decided to undergo experimental chemotherapy and immunotherapy in Mexico - at a cost of over £30,000 (approx. $39,620).

Laura Cafferty pictured with her daughter during treatment. (SWNS)

To pay for the treatment, Laura's family and friends began fundraising and in less than six months £44,000 (approx. $58,110) had already been raised.

Tributes have already been flooding in for Cafferty who was described as an "inspiration."

Her work colleague and friend at the Grand Jersey Hotel and Spa Michelle Todd wrote: "You have marked a place in everyone’s heart. Your beautiful soul will live on, we are so very sorry that cancer got the best of you."

"You fought and fought against this awful illness, just shows the incredible person you are," Todd wrote. "You were always so strong and an inspiration to us all, that we will never forget. Laura your beautiful smile and laugh continues."

"Oh Laura, this is such a shock," Amy Maxaieie wrote. "You inspired me so much. You fought so hard and with such dignity. I’m so sorry for all your friends and family and your beautiful daughter. Xxxx."

"Absolutely heartbreaking, what a brave an wonderful person," Gillian Gilchrist wrote. "You fought hard Laura my thoughts and prayers are with your family xxxxx."

"Very sorry for your loss Karl and deepest sympathies to you, Maya, the Gallagher family and your relatives; you are all in my prayers at this terrible time," Trevor Quinn added. "RIP Laura."