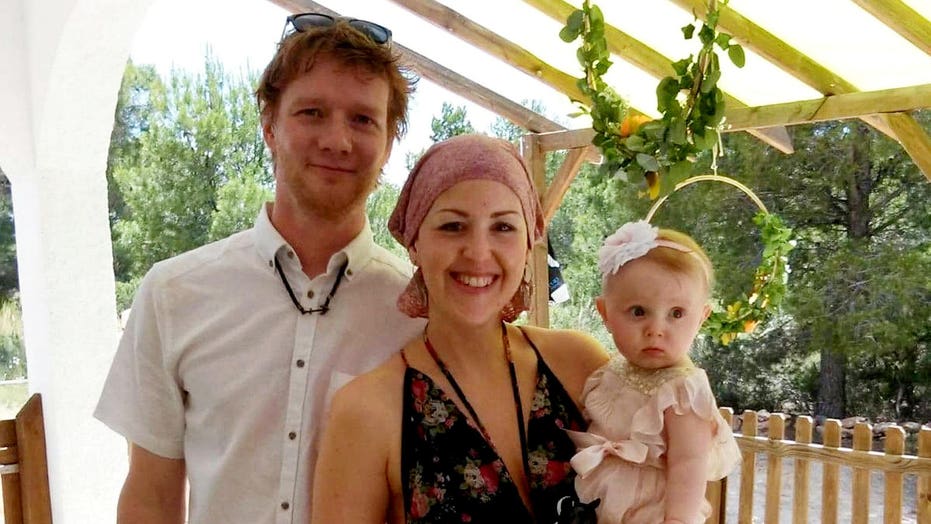 Gemma Corby’s newborn daughter was still in the NICU when she first noticed a chickpea-sized lump in her breast. She said she flagged it to staff, and they told her it was a blocked milk duct, which would not be out of the norm for a mom who is breastfeeding.

Gemma Corby said she was breastfeeding her daughter, Ayla, who was in the NICU when she noticed a chickpea-sized lump that was dismissed as a blocked milk duct.  (SWNS)

“The doctors told me it was a blocked milk duct so I didn’t think anything else of it, why would I doubt them,” Corby, who had given birth to daughter Ayla, and her stillborn twin, in August 2018, told SWNS.

But by February, Corby said the lump had grown enough to warrant a referral from her gynecologist for an ultrasound, which picked up an abnormality. Ten days later, she was sent for a mammogram which revealed triple negative breast cancer.

“I had told lots of medical professionals about the lump but was always told there was nothing to worry about, which made the diagnosis even more difficult to take,” Corby, 35, told SWNS.

Corby was diagnosed with an aggressive and difficult-to-treat breast cancer.  (SWNS)

Triple negative breast cancer accounts for about 10 to 20 percent of diagnoses and is more likely to affect younger patients, African-Americans, Hispanics and those with a BRCA1 gene mutation, according to the National Breast Cancer Foundation. The cancer can be more aggressive and difficult to treat than others, and is more likely to spread and recur.

Corby, who is currently living in France, started chemotherapy but said she isn’t sure what the future holds. She said she wants to share her story so that others are persistent about their health.

“If you find a lump then please, please go and get a breast cancer examination, that way you’ll know for sure what it is,” she told SWNS. “I think one of the reasons my lump was dismissed for so long is that it hurt, I was often told, ‘It’s fine, [because] breast cancer doesn’t hurt.’ But mine was very painful.”

Blocked or plugged ducts occur when there is poor or insufficient drainage of the duct, causing milk buildup and pressure in the duct that may result in discomfort in the breast or a lump. Signs may be gradual, and it may first appear as a tender lump the size of a pea or larger, according to Medela.

“Now I look back and think maybe I should have kicked up more of a fuss about everything and been more forceful about it,” Corby told SWNS. “But no one else seemed to think there was anything wrong, so what should I have done?”

Corby has been working with Breast Cancer Now to spread awareness about possible signs of breast cancer. While many symptoms may be invisible or can’t be detected without medical screening, nipple tenderness or a lump or thickening near the breast or underarm area can be a sign that something is wrong. A change in the skin texture or enlargement in the pores in the skin breast can also signal a potential issue, as well as change in size or shape of breast, dimpling, unexplained swelling or unexplained shrinkage. A more complete list of possible symptoms can be found here.