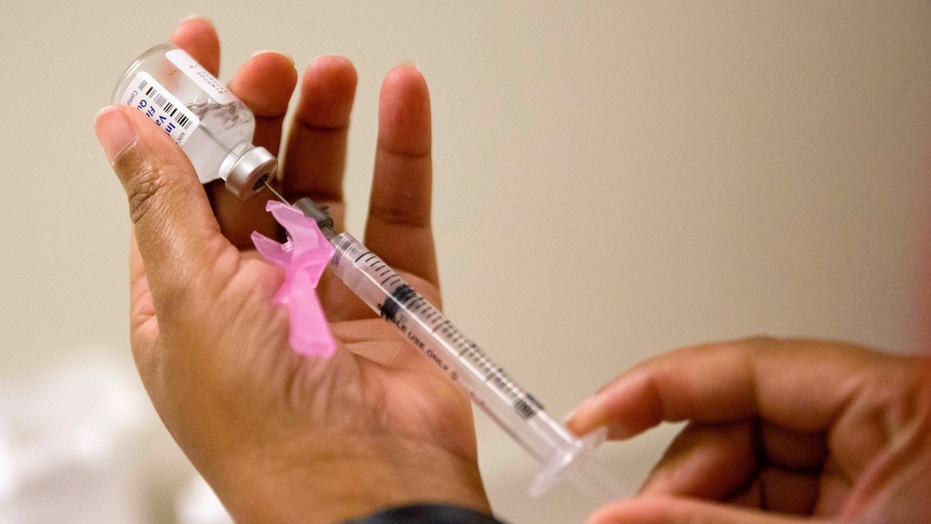 A young girl in St. Louis, Missouri, is reportedly struggling to survive after developing a rare neurological disease that is likely a complication of the flu.

WOMAN CLAIMS RARE ALLERGY TO WATER CAUSES ‘PAINFUL’ RASH TO FORM ON HER BODY: 'IT'S MIND-BLOWING'

“She had just a runny nose, maybe a little cough but nothing out of the ordinary that we hadn't seen before,” she explained.

But not long after, the little girl’s symptoms significantly worsened. She reportedly had a 107-degree fever and was rushed to Memorial Hospital in her hometown of Belleville, Illinois. At the hospital, Layla was diagnosed with Influenza A, the Belleville News-Democrat reported.

At that point, the toddler was “completely unresponsive” and was only “making small eye movements,” Kile told the news station.

Eventually, Layla was transferred to the St. Louis Children’s Hospital in Missouri, according to the Belleville News-Democrat. There, doctors determined she developed a rare neurological disease known as necrotic encephalitis, a complication that can develop from the Influenza A or B virus.

“Even with appropriate anti-viral treatments some of these severe complications can result in permanent disability or even death,” Rachel Orscheln, a doctor at St. Louis Children’s Hospital who specializes in infectious diseases, told KMOV-4.

According to a GoFundMe page in Layla's name, the young girl has undergone “blood transfusions and has been in an induced coma" and has reportedly been given a “50/50 chance of survival.”

“Layla is a fighter and has been showing small signs of improvement every day,” the fundraising page reads, though it noted the toddler still “has a very long road of recovery ahead of her.”

She has remained in the pediatric intensive care unit for about 10 days, according to the news station.

Kile described Layla as “loving” and said she is a “cuddle bug.”

“We're just praying that we get that back,” she added.