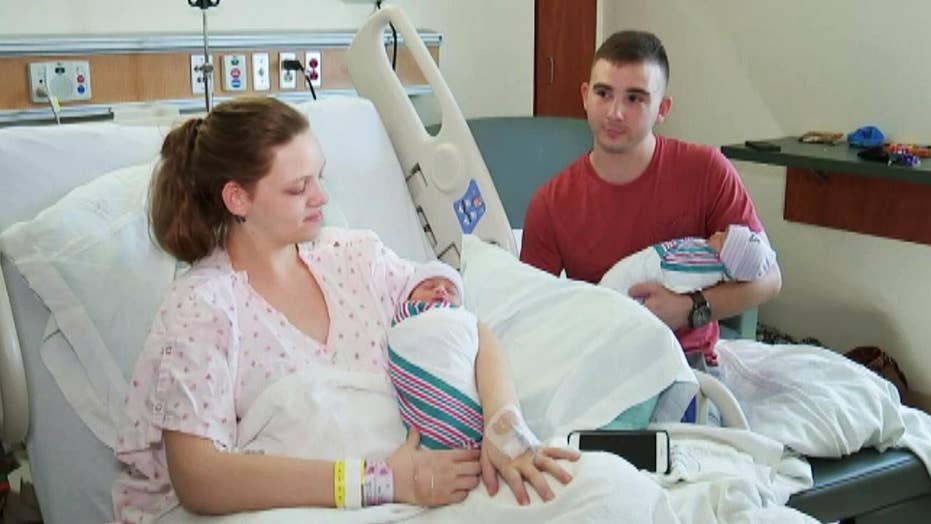 Marine Cpl. Nicholas Digregorio and his wife, Danielle, left Camp Lejeune — a U.S. Marine base in Jacksonville which was not evacuated — on Tuesday as a precaution, Fox 30 reported. Doctors were set to induce labor a week afterwards, on Sept. 18.

The couple drove to see family 12 hours away in St. Augustine — a long ride in which Digregorio said she prayed the entire time.

On Thursday, Digregorio went into labor and reportedly had a C-section at Naval Hospital Jacksonville. She gave birth to two twins, named Scarlett and Sadie.

The happy parents told Fox 30 they were excited to head home soon as a family.

Florence, now a tropical depression, took its toll on Jacksonville, where roughly 70 people were evacuated from a hotel after its roof partially collapsed.

At least 17 people have been confirmed dead from the storm.