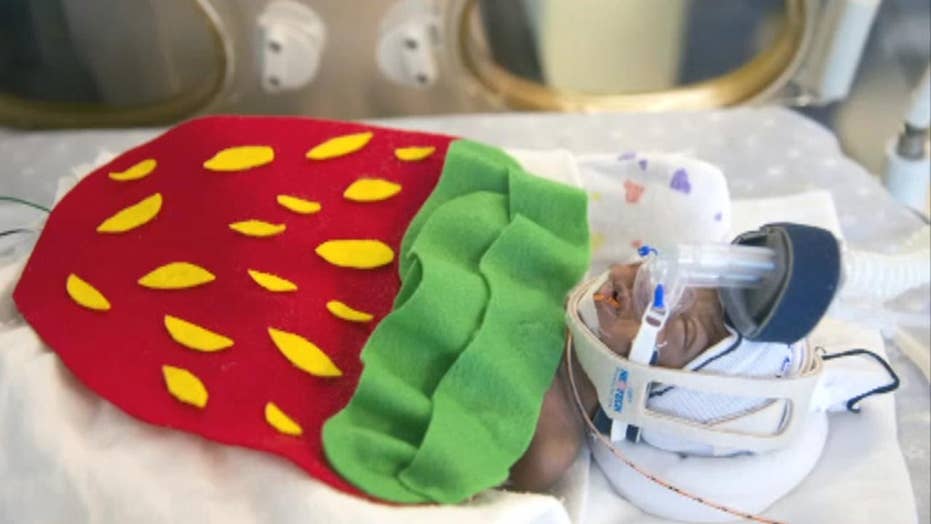 Ingrid Peeples and her friend, Sarah Roberts, have created dozens of Halloween costumes to lay over the tiny babies who are in Royal Oak’s NICU during their first Halloween.

“My daughter was here at Royal Oak NICU when she was born prematurely,” Peeples told FOX 2. “She is 4 and 1/2 years now, so it’s a near and dear place to my heart.”

Baby Jensen, who was born 11 weeks early, is dressed as a latte.

"I was so excited because we were hoping he would be home for Halloween," Kaitlyn Barber, Jensen's mother, told FOX 2. "But since he is not we still get to dress him up."

Tiffany Nwabude’s daughter, Paris, is also in the NICU this Halloween. Peeples made Paris a fitting costume -- a princess.

"I think it is so beautiful," Nwabude said. "It was so nice for the lady to make these for them. She made it special for them because we wanted her to be a princess so she went back and made this special for her.”

Peeples said that she wanted to create the costumes to cheer up everyone who can’t be home to celebrate the candy-filled holiday.

“My friend and I know, we how hard it is to be in the NICU and bring a little  something fun," Peeples said. "Some smiles to parents' faces and to have some sort of memory for the baby, is why we did it."