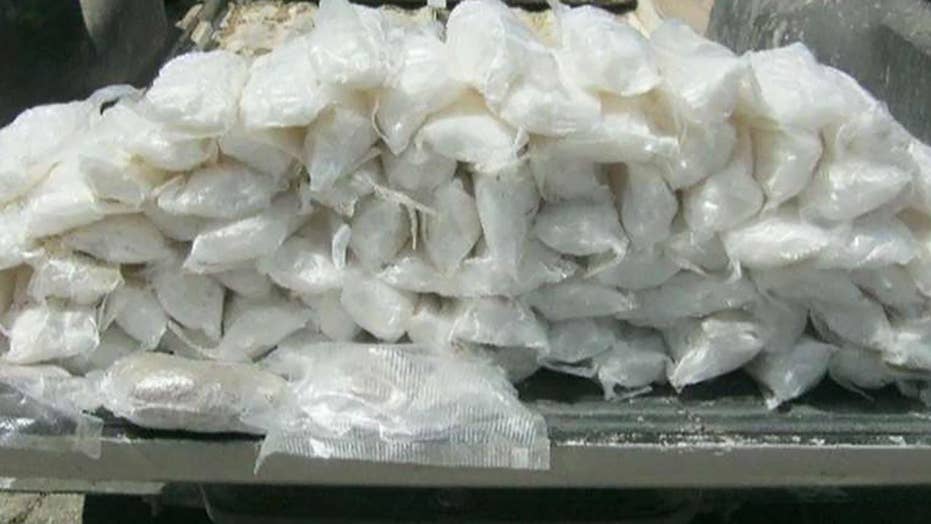 63 pounds of fetanyl, $3 million in meth, and 232 pounds of pot intercepted from crossing the U.S. border

While fentanyl and heroin are still driving overdose deaths in the U.S., meth has emerged as one of the nation’s top culprits. In data compiled by the Centers for Disease Control and Prevention (CDC), methamphetamine ranked fourth in drugs involved in fatal overdoses nationwide, but in several regions meth was the number one killer.

MOM HEARTBROKEN BY DAUGHTER'S HEROIN DEATH WARNS IT COULD HAPPEN TO ANYONE: LEXI WAS NOT A 'JUNKIE'

According to the report, fentanyl was involved in 39 percent of the 70,000 overdose deaths that occurred in 2017, while heroin accounted for 23 percent and cocaine 21 percent. Methamphetamine accounted for 13 percent, but in western regions, that number jumped to 38 percent.

MISSOURI MOM'S BEFORE, AFTER PHOTOS OF ADDICTED SON GO VIRAL: 'THE FACE OF HEROIN AND METH'

The report, which was compiled using overdose death certificates, found that while fentanyl had a strong prevalence in deaths that occurred in New England, meth lagged behind at number 10, but it was nearly the opposite out West.

Approximately 1.6 million people reported using methamphetamine in 2017, according to DrugAbuse.gov, with an estimated 964,000 people aged 12 or older reporting a methamphetamine use disorder, an increase of over 300,000 from 2016.