For Leonardi, a former community affairs coordinator with the FBI, the smell triggers a traumatic flashback – one of burning pine trees, mixed with jet fuel, surrounding the charred wreckage of United Airlines Flight 93 in a Pennsylvania field on the morning of Sept. 11, 2001.

Like millions of Americans, 63-year-old Leonardi suffers from post-traumatic stress disorder (PTSD), which for years could not effectively be treated, despite her use of various traditional approaches and medications.

Relief for Leonardi’s multitude of symptoms eventually came in the form of a small wearable device called “Apollo,” which is rooted in science and promises to alleviate stress by delivering gentle, wave-like vibrations to the skin when attached to the user’s wrist or ankle.

"It’s been life-altering for me," Leonardi said of the device, which hit the market in January and works by reducing the body’s "fight-or-flight" sympathetic response when it isn’t needed and improving the user’s heart rate variability, or HRV, the most reliable indicator of our resilience to stress.

"When I first tried the Apollo, within a matter of days I no longer had that hyper-reactive fear – that anxiety – that was like waiting for the darkness to fall again," said Leonardi. "The watch quieted that part of my brain that was frozen in fear. And then the adrenaline rushes disappeared.

"I could exercise again. I wanted to go outside again. My mind sensed joy again," she said.

The Apollo device, pictured above, works by delivering low-frequency vibrations to the skin that calm the nervous system. (Apollo Neuroscience)

The debut of the Apollo device – after more than two years in clinical trial – could not be more timely. According to a March 25 survey published by the American Psychiatric Association, 36 percent of Americans say the COVID-19 pandemic is having a serious impact on their mental health. Anxiety and depression are the most common mental illnesses in the U.S., and experts say the outbreak may exacerbate symptoms for those already suffering as well as create new stress for others.

CORONAVIRUS SIDE EFFECT: 911 CALLS FOR DOMESTIC ABUSE UP

"Some of the major triggers that are making people more anxious and afraid right now are financial stress, legal stress, job uncertainty and being confined with our families or friends for a very long period of time in tight quarters," said Dr. David Rabin, the California-based psychiatrist and neuroscientist who, along with his wife, Kathryn Fantauzzi, an entrepreneur, founded Apollo Neuroscience, the company that makes the device.

"Anxiety is literally based on spending more time and more conscious attention focused on things that we can’t control, rather than on things we can control," Rabin said. "The more time that we spend on things that are out of our hands, the more anxious we become. COVID has been a huge issue in that regard because we’re constantly surrounded by bad news about things we cannot control."

Rabin, 35, and Fantauzzi, 33, are a formidable pair who together worked on the concept of delivering stress relief to people in a non-invasive form – especially to those who don’t respond well or at all to traditional methods or treatments. During laboratory research at the University of Pittsburgh, Rabin discovered how certain combinations of low-frequency inaudible sound waves can change how we feel through our sense of touch – and that he could measure those physiological changes in real-time.

"Without a doubt, the touch pathway is the most evolutionarily conserved pathway of delivering safety to the body," said Rabin. "So if I send a signal to your skin that reminds you of somebody holding your hand or embracing you in a hug or an ocean wave washing over you then that will tell our brains that we’re OK." 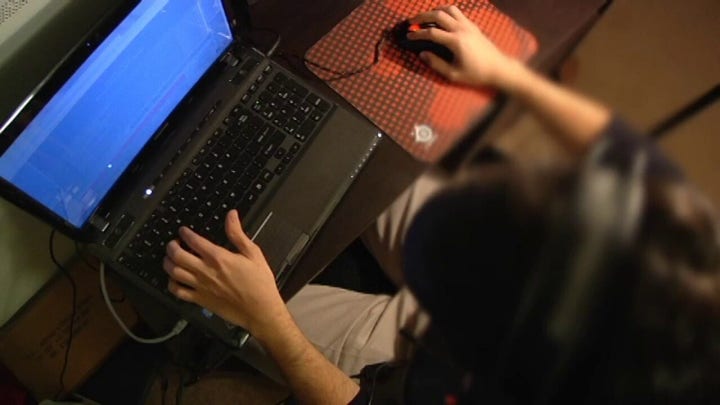 It did not take long for Rabin to see tangible results in his subjects during clinical trials at the university.

"We found that these specific frequencies that we identified were boosting the safety system in the body and increasing heart rate variability within a few minutes, which improved performance under stress, physical and mental,” he said.

Fantauzzi then helped create the technology to deliver the laboratory experience to the masses, developing a wearable device that is controlled through an app on the user’s smartphone. A person can choose from seven different modes, such as “Energy and Wake up” or “Sleep and Renew” – all designed to promote a balance between a person’s sympathetic nervous system and parasympathetic nervous system.

So far, the device has been purchased by individuals who run the gamut, according to the company.

While technologies like the Apollo can be helpful tools in fighting stress, Rabin noted the complexity of mental illness and explained how one course of treatment may not suit everyone. He also said people should never abruptly stop current therapies or medications without consulting their doctors.

If you or someone you know is having thoughts of suicide, call the National Suicide Prevention Lifeline at 1-800-273-8255 (TALK) or go to SpeakingOfSuicide.com/resources for a list of additional resources.