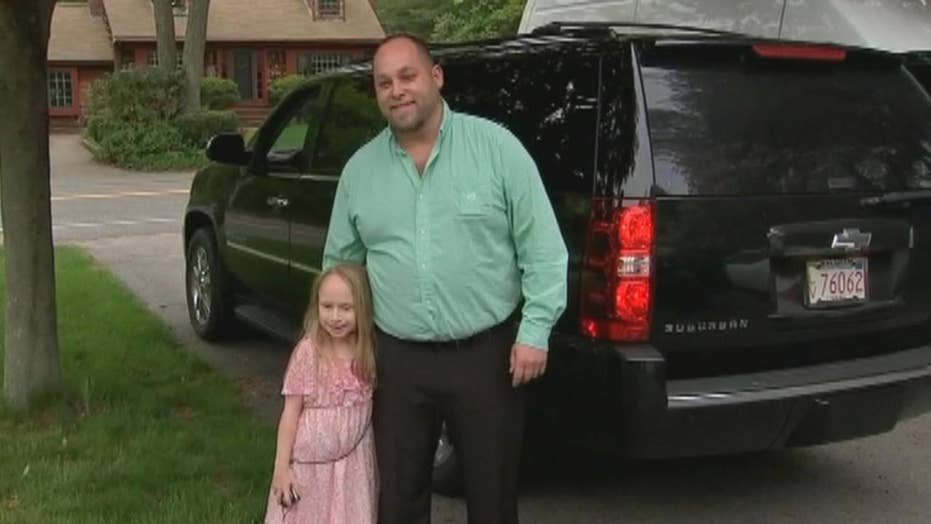 A limo driver offers free rides to a local girl from Bridgewater to the children's hospital in Boston.

A limo driver in Massachusetts is making sure an 8-year-old girl with a rare genetic disorder gets to her doctor’s appointments in style.

"I had posted on the Bridgewater board on Facebook just looking for information on how to get from Bridgewater to Boston Children's Hospital because we were new to the area," Tryda's mother, Kelly, told Fox 25.

That’s when Kelly got a response from Hipolito, who offered to take Tryda to her doctor’s appointments in Boston in one of his limos -- for free.

"I have a similar story, when I was a child my mother had to bring me back and forth to the children's hospital so I understood her stress."

At first, Kelly was hesitant. But after doing her “due diligence” and getting to know him, she started to feel comfortable, she told Fox News on Thursday.

"I have a similar story, when I was a child my mother had to bring me back and forth to the children's hospital so I understood her stress," Hipolito told Fox 25.

Tryda has a rare genetic disorder called Brittle Cornea Disease, which is a subset of Ehlers-Danlos syndrome, a “group of disorders that affect connective tissues supporting the skin, bones, blood vessels, and many other organs and tissues,” according to the National Library of Medicine. The syndrome can cause “defects in connective tissues cause the signs and symptoms of these conditions, which range from mildly loose joints to life-threatening complications,” according to the library.

When Kelly was pregnant with Tryda, who is a twin, “none of the doctors expected her to make it -- they were preparing us to lose her,” she said. But the now 8-year-old “came out screaming,” her mother said, adding that her daughter is “so smart” but is sometimes physically limited.

So far, Hipolito has taken Tryda to seven of her doctor’s appointments, which are located more than an hour away in Boston.

“It has made things much easier, it takes a lot of stress off because I don’t like driving in the city,” she said, adding that Tryda will undergo “a major knee operation this summer” because one of her knee caps is “totally dislocated.”

Hipolito told Fox 25 that taking the young girl to her appointments is “a good time” and that Tryda is “a lot of fun.”

“The community here is awesome,” Kelly said, adding that her family has become good friends with Hipolito’s.

Hipolito was not immediately available for comment when contacted by Fox News on Thursday.