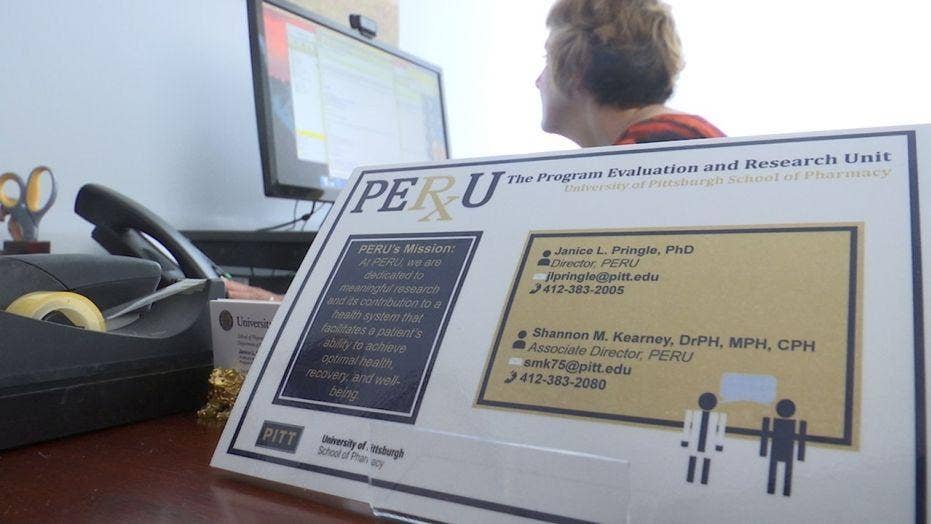 Researchers say the standardization of data collection has shown improvements in overdose deaths.

America’s worsening opioid epidemic is prompting calls for a serious look at a form of therapy some people say helped them overcome their addiction when all else failed.

The treatment revolves around ibogaine, a plant-derived substance that long has been used in African shamanistic rituals but which is not recognized as bona fide medicine in most of the world.

With ibogaine illegal in the U.S., a number of Americans with opioid addictions travel to other countries, often Canada or Mexico, where it is legal and unregulated, for ibogaine.

Many who have received ibogaine treatment say they stopped feeling a desire for opioids and, in some cases, even drinking or smoking.

Also noticeably different from other anti-addiction treatments is the fact that ibogaine usually causes an intense psychedelic experience that can last from a few hours to a couple of days.

That, many experts agree, is what has made the substance so controversial.

“There was tremendous reaction against any drug that affected perception or behavior,” said Gary Rudnick, a professor of pharmacology at Yale University, who has studied ibogaine and serotonin. “It was classified by the DEA as a Schedule I drug, which means it has no medical use. It had a huge stigma.”

“A lot of serious psychiatrists who wanted to use drugs — like ecstasy — to augment psychiatric treatment were shot down brutally. They could not get support or funding.”

To be sure, ibogaine has triggered seizures and heart-related complications. Reports that mention those side effects link them to possible underlying heart conditions or taking an excessive amount of the substance.

“All drugs have targets that they’re designed for,” Rudnick said. “The best drugs don’t interact with other molecules in the cell that they’re not designed for. Ibogaine is on the other end of the scale —  it interacts with lots of other proteins, some of them are pretty important ones. It’s a really dirty drug, it’s not very selective. It’s hard to tease apart how it’s working.”

Some ibogaine treatment facilities outside the United States screen prospective patients for cardiac problems or other variables that would make them high-risk.

U.S. citizens who attribute their successful battle against opioid addiction to ibogaine, and medical and pharmacology experts who have seen or heard enough instances of its unparalleled effects on combating cravings for the drugs, say the U.S. government and drug industry should take a serious look at the substance through clinical trials.

“It’s seen as counterculture,” said Dr. Kenneth Alper, professor of psychiatry and neurology at the New York University School of Medicine, and an expert on ibogaine. “True innovation is sometimes opposed by people who have a stake in the status quo. There’s pressure toward intellectual conformity.”

Alper, who in 1999 organized the first conference on ibogaine to be held in the United States, said he is not advocating for the use of the substance, but —  echoing many experts —  feels that it should undergo serious controlled studies to at least understand why it seems so effective.

Trevor Millar, who founded an ibogaine treatment center, Liberty Root, four years ago in Canada and has treated more than 250 people under medical supervision, says he plans to devote more of his time to pushing assertively for clinical trials.

Millar said that between half to three-quarters of his clients see “a 100 percent detox from opioids.”

He’s ready for battle, he said.

“Pharmaceutical companies aren’t going to make a lot of money on something you give people once and they don’t need again,” Millar said.

The National Institutes of Health, which funds research, looked into ibogaine in the early 1990s because of its promising qualities, but decided against clinical trials on the suggestion of a team of advisors it assembled.

In a statement to Fox News, the agency said: “Anecdotal evidence suggested that ibogaine might be a potential ‘interrupter’ for opiate, cocaine, and other types of drug addiction. ... While some members of the consultant group endorsed supporting the development project, most of the members did not endorse the idea. Based on this recommendation, [NIH] decided not to pursue the ibogaine development program.”

Several years ago, NIH funded a preclinical study of a chemical that is derived from ibogaine and, thus far, seems to have its anti-addiction components without the risky ones. The chemical, known as 18-MC, may stand a better chance of overriding the resistance that ibogaine has met with because it does not appear to have the psychedelic effect that many say has stigmatized the plant-based substance.

“As a candidate for drug development, in the United States, for sure, 18-MC is preferential,” Alper said, adding that nonetheless, “as with ibogaine, [NIH] has not funded further work.”

“It’s been an amazing experience,” he said. “It was very uplifting. It gives people a great opportunity to start their life over again. I haven’t had a desire for painkillers since.”

And so, “further development of 18-MC is stalled by lack of funding.”

In a Wall Street Journal editorial last year, Alper noted: “The NIH ... supports the development of medications to treat addiction with less than $100 million annually, while the cost of developing a single drug to final FDA approval can exceed $1 billion.”

At no time, experts say, has it been more pressing than now — when the opioid epidemic is claiming tens of thousands of lives each year — to move with urgency toward substances that hold promise.

“It’s astounding to me that given what’s happening in this country, we’re not close to a clinical trial or the development of new drugs,” Alper said to Fox News.

Liberty Root has seen its share of U.S. citizens who have turned to it, desperate to fight their opioid addiction after failed attempts through conventional means. One-third of the 250 people who have been treated there are U.S. citizens.

One of those U.S. clients, a businessman who spoke to Fox News on condition of anonymity, said he had six hip replacements, and surgeries for 12 herniated discs after a 1993 accident involving a truck. One doctor told him he had never seen his degree of spinal cord damage, except on a corpse.

Like many doctors did before the scale of addiction risks of painkillers was better understood, his physicians liberally prescribed opioids, telling him that they simply would be a lifelong companion.

He tried tapering off the painkillers, he said, but went through hellish withdrawals. He tried rehabilitation centers, but experienced withdrawals that he said the staffs did not respond to adequately, and began opioids again after a short while.

Desperate, he embarked on an exhaustive search, with the help of a sympathetic U.S. physician, and learned about ibogaine. He went to Liberty Root, in Vancouver, where he stayed for 10 days. For the first time, he tapered off opioids without withdrawals, he said, and stayed off them.

“It’s been an amazing experience,” he said. “It was very uplifting. It gives people a great opportunity to start their life over again. I haven’t had a desire for painkillers since.”

He said he also no longer has needed antidepression or anti-anxiety medication for conditions that arose from the stresses and pain after the accident.

“After being treated with ibogaine, it was really miraculous and depression lifted,” he said.

Another Liberty Root patient, a young woman from the state of Washington who had been on opioids and then heroin, using every day for four years, had a hard time in treatment, and for a few months afterward.

The woman, who asked not to be identified, said she and her husband — who was not on drugs and supported her as she struggled with her addiction — looked into ibogaine in the spring of 2014 after several unsuccessful rehabilitation facility stays.

“They said it would be easier than it was,” she said. “The withdrawals I had were so bad, they thought it was because the heroin I’d taken was laced with something like fentanyl.”

For several months after she left treatment, she experienced insomnia, which she handled with melatonin.

But even with all that, she told Fox News, the most significant part of her ibogaine treatment is that she has stayed clean since then.

“Once you get through [the withdrawal], you’re completely fine,” she said. “I’m enjoying my life now. I enjoy vacations. I have a healthy [baby] son. I want to make sure he never goes through what I did.”

Millar, like others who are heartened by ibogaine's impact on addicts, says it is not a magic wand, nor does it work the same way for everyone.

Some people, he said, find they can sustain being clean without any formal assistance. Others, he said, might benefit from attending support group meetings after they stop using.

And as with any effort to fight addiction, it's crucial to get away from a toxic environment, notably sources of temptation.

Another U.S. citizen addicted to opioids who treated himself and his wife with ibogaine, which they obtained in Canada, and said it eliminated their dependence on the drugs, said even with the concerning factors, he hopes that what gave him a new lease on life gets studied and — in some safer form — developed for mass distribution.

“It’s better than certain death from opioid overdoses,” he said.