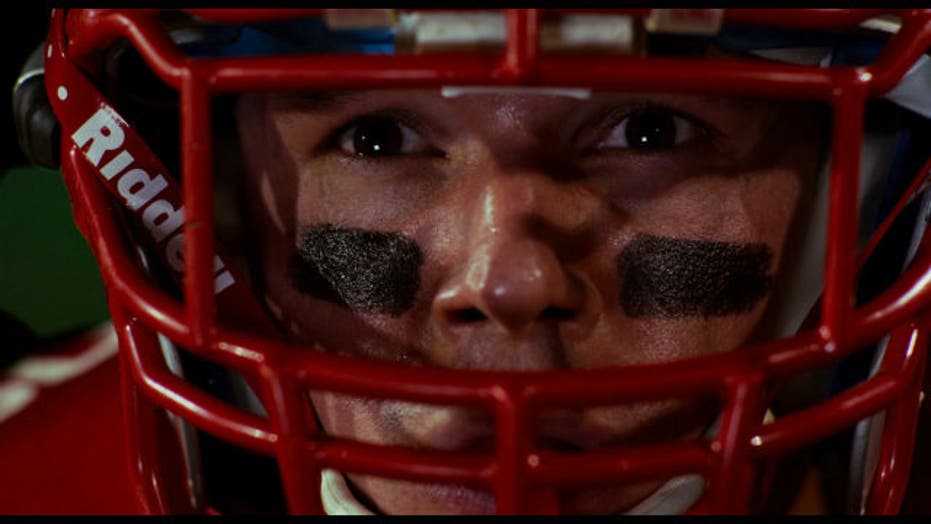 Travis Freeman shares how he overcame disability to fulfill his dream of playing football blind. His remarkable tale comes to the big screen in the major motion picture “23 Blast”

Travis freeman grew up playing football in the small town of Corbin, Kentucky. But at 12 years old, an excruciating migraine changed his playbook forever.

“I had a headache that lasted 9 straight days,” Travis Freeman told FoxNews.com. “When I woke up on the morning of the 10th day, the headache was gone, but at that point there was a different problem— my left eye was beginning to hurt.”

Travis was rushed to the University of Kentucky emergency room to undergo surgery for a severe sinus infection behind his eyes, which doctors identified as cavernous sinus thrombosis.

“Cavernous Sinus Thrombosis (CST) is actually a clot in one of the major veins at the base of the brain,” Dr. Barrett Katz, a neuro-opthamologist at New York’s Montefiore Medical Center, told FoxNews.com. “These are large venous structures that we call the cavernous sinus.”

Because the vein is a draining system, when it gets clogged, the blood from the eyeball and the orbits backs up and can cause swelling to the optic nerve head. This swelling can damage the optic nerves and potentially cause visual loss on one or both sides.

CST is extremely rare, and most clots are caused by an infection.

“This area is adjacent to the sinuses, so it’s very common for a sinus infection to extend into these cavernous sinuses,” Katz, also a professor of ophthalmology, neurology & neurosurgery at New York’s Albert Einstein College of Medicine, said. “Any facial infection, orbital infection, any infection in the nose, or any infection from the teeth can wind up in this space.”

When Travis finished the surgery, he was completely blind. But he wasn't afraid or resentful. He still had faith.

“I turned to them [his parents] and said, ‘I think I will see again, but if I don't I can't wait to see what God's going to do through this.’ And that's been my attitude from the very beginning,” Travis said.

Despite his blindness, Travis returned to the football field as a center. With two guards to help him line up, he could blindly snap the ball to the quarterback and then plow forward to block the defensive player in front of him.

“There was no doubt in my mind about whether or not I could actually play football,” Travis said. “When I was back on the football field for the first time, it really felt like home. It felt right.”

Travis' triumph on the field would touch more people than he could have ever imagined— because Hollywood wanted to bring his life story to the big screen. The film, 23 Blast, is a family-friendly tale based on the true events of Travis’ life.

“It was one of the most compelling stories I had ever read, and I was so excited by it,” Dylan Baker, director of 23 Blast, told FoxNews.com. “At first I looked at it in the eyes of a guy who wanted to tell a neat story, but my eyes really opened wider than that when I met Travis and his family. The more I got to know them, the more I wanted to make this movie all that it could be.”

23 Blast was shot entirely on location in Corbin, Kentucky. Baker said Travis and his family came by the set every day, allowing the cast to shower them with questions.

“We are a very small budget film,” Baker said. “We didn’t have much help for him [actor Mark Hapka, who played the role of Travis Freeman], so he showed up and said, ‘Can I wear those black glasses?’ and I said, ‘No, Travis never wears glasses,’ and he said, ‘Well, can I keep my eyes closed?’, and I said, ‘Nope, Travis keeps his eyes open.’”

So Mark had to learn to focus on something other than the person he was talking to,” Baker added.

The movie has love, drama and even some laughs.

“We never told the officials or the other teams [that he was blind]— we didn’t want them to treat me or our team any differently— but that did make for some funny stories about me running over officials. And I ran over to the wrong huddle one time,” Travis said.

Travis' story is one of overcoming seemingly insurmountable hurdles— one that illustrates the idea that disability does not equal inability.

“I don't know if I would want to get my sight back right now,” Travis said. “I know that I would not trade the experiences I've had over the past 21 years for all the sight in the world.”

23 Blast is in theaters now. Visit 23Blast.com for more information.