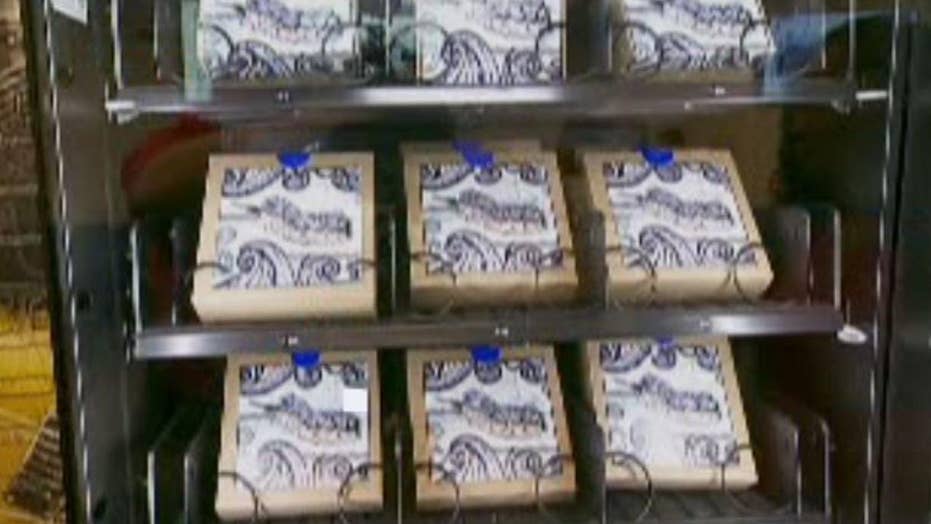 Las Vegas is probably not the first place one thinks of when asked to name a U.S. city that is fast becoming a leader in public health initiatives.

But as the nation’s opioid epidemic continues to ravage Sin City, residents and activists are looking for ways to reduce heroin-related deaths in the town but also cut skyrocketing infection rates of diseases like HIV, hepatitis B and hepatitis C, which are common among intravenous drug users.

Inspired by successes in places like Europe and Australia, Trac-B Exchange, the Southern Nevada Health District and the Nevada AIDS Research and Education Society are set to begin a pilot program that will install three syringe-dispensing vending machines across Las Vegas in the hope of reducing drug users’ needle sharing.

“The opioid epidemic has led historically to many deaths, but it also has led to the spread of many diseases because of people sharing needles,” Chelsi Cheatom, program manager for Trac-B Exchange, told Fox News.

Trac-B, a needle-exchange store in Las Vegas, will house one of the three vending machines. The other two will be at similar drug-rehabilitation facilities across the city.

“The machines are going to be located inside the facilities so that if people have questions about the kits or want to discuss going into recovery, they will have somebody to talk to,” Cheatom added.

To use the vending machines, users must first fill out a form supplied by the sponsoring groups and obtain an eight-digit identification number to ensure both confidentiality and track their use. Each kit – which is valued at $5 but will be free to drug users – will contain sterile needles and syringes first-aid supplies, safe-sex supplies and a compartment where used needles can be stored before being disposed at the machines.

"Providing clean needles and supplies is a proven method for limiting disease transmission in a community," Joe Iser, chief health officer of the Southern Nevada Health District, said in a statement Wednesday.

The three vending machines, which retail for around $15,000 each and will be funded by the Southern Nevada Health District along with private donations, will go into operation in the next few weeks, and the pilot program will run for six months. The total cost of the project – including laboratory buildouts, machines and art design – is estimated to be just over $238,000.

“We’re hoping that this program will be a success because we think it can really lower the rates of HIV and hepatitis infections,” Cheatom said.

The U.S. Centers for Disease Control and Prevention assert that needle exchange programs are effective in preventing the spread of disease. There are currently 228 syringe service programs in 35 states, Washington, D.C., and Puerto Rico, according to the North American Needle Exchange Network.

While needle and syringe possession was illegal in Nevada up until 2013, the state that year passed SB 410 that among other things allowed syringe exchange programs like Trac-B to operate and gave birth to the idea of the vending machines.

“This is an idea that came about years ago,” Cheatom said. “But now we have a lot of support from local politicians because it is the law.”