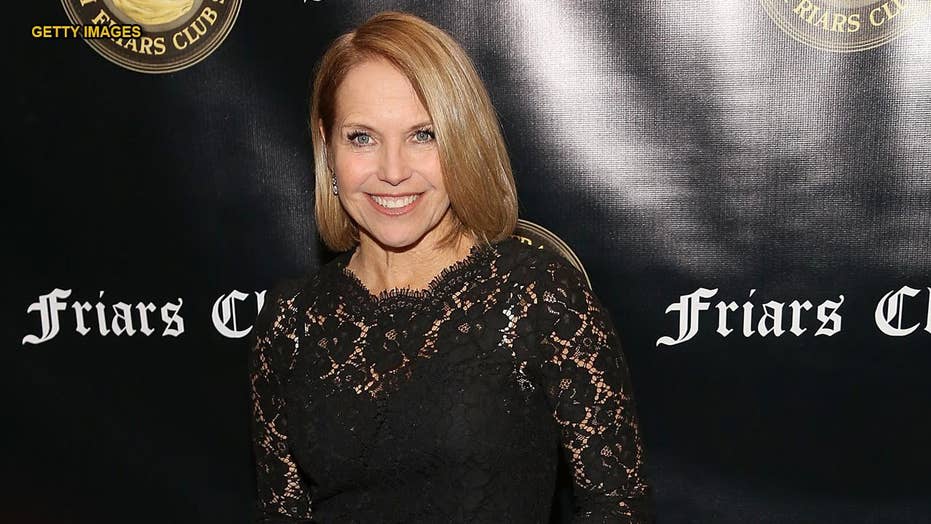 Katie Couric has been a staple on television sets across the globe, not only as an iconic reporter but also as an ardent healthcare advocate after tragically losing both her first husband and her sister to cancer. Karen Sax is a pediatric oncology nurse and bladder cancer survivor who lost her husband to cancer as well. Katie and Karen have teamed with a program for cancer survivors and caregivers called 'With Love, Me,' and are here to share their stories.

Katie Couric paid tribute to her late husband, Jay Monahan, on Tuesday on what would have been their 30th wedding anniversary with a series of touching photos from their wedding day that she shared on social media.

“Dear Jay… it’s June 10th 2019 and today would have been our 30th anniversary,” Couric, co-founder of StandUp2Cancer and who is championing a new platform for those affected by cancer, wrote in a social media post. “I hope you would be proud of the way I’ve lived my life and know you’d be proud of your girls who have grown into incredible young women. I think you would like @johnmolner who honors your memory and knows there is room in my heart for you both. With love, me. PS I’m glad they didn’t let you escape that last photo! And sorry for the pouffy hat.. I was trying to look ‘jaunty.’ #thenavychapel #icarryyouinmyheart”

Monhahan, who died in 1998 at age 42 of colon cancer, is the father of Couric’s two daughters, and left behind a legacy that the news industry titan is determined to fulfill through her advocacy for cancer patients and caregivers. Having been struck by cancer’s devastating toll not only with the loss of her husband but also the death of her sister, Couric has been at the forefront for raising awareness, even going so far as to have a colonoscopy and mammogram on live television. After her colonoscopy, there was a noted 20 percent increase in the screening dubbed “The Couric Effect,” which she believes helped save many lives.

RUNNER GABRIELE 'GABE' GRUNEWALD DIES AT 32 AFTER BATTLE WITH CANCER

“If I can’t have my husband and father of my children here with me, that is the best way to honor his legacy in my view,” Couric told Fox News.

But still, the 62-year-old knows there’s still much more to be done.

Standing behind the Merck-backed program, “With Love, Me,” Couric is helping cancer survivors, patients and caregivers connect in a way she wishes was available to her.

“They say cancer – and I know for a fact having experienced it with both my husband and sister – it’s a very isolating experience,” Couric said. “You feel like, why is the world going on and I am dealing with this horrific thing – my heart feels like it’s in a vice every day. I remember when Jay was diagnosed during the course of his illness, he said having cancer is the loneliest experience in the world.”

Karen Sachse, a pediatric oncology nurse who found herself in the role of patient after a bladder cancer diagnosis, and then again as a caregiver when she was in remission and her husband was diagnosed with the same illness, said she’s involved with the campaign because she too felt alone in her battle.

“I really learned that I should’ve reached out to people sooner,” Sachse, whose husband died two years after his diagnosis told Fox News. “I was going through my treatments just kind of feeling like I could handle this, I’ve be a nurse, I should be able to handle this – it felt like a sign of weakness if I asked for help.”

“And then when my husband was going through his treatments, we both felt like we really needed to reach out and almost, you need permission,” she said. “I had to give myself permission ot be able to accept the help that people were offering.”

Sachse penned a letter to herself through the “With Love, Me” campaign, urging her younger self, and others who may find themselves in a similar position, to connect with ours, and that there are resources available to help.

“It helps so much to know that other people are out there that are experiencing the same things that you’re experiencing,” she said.

Both Couric and Sachse said that for those supporting caregivers, one of the most important takeaways from their experiences is to really be there for the person.

“I think not knowing the right words, that doesn’t even matter,” Sachse said. “It’s your presence. It’s being there. I came home from the hospital, left my husband, wanted to get like a good shower and take care of some things at home and my best friend just showed up so that I wouldn’t have to go into the home, into my house alone, and it was just that kind of thing that she just intuitively knew what to do. She didn’t even have to say anything. She was just there for me.”

Couric, who once did a video with Sesame Street called “When Families Grieve,” said that in addition to being present, offering specific ways to help, such as taking the kids to a movie rather than “Let me know if I can help,” also allows the family the privacy that they want.

“One of the themes of this campaign is that people want to be able to ask for help but they also want to be able to tell people they need privacy – so I don’t want to overstep this idea of being there for people,” she said. “But I do think that the more concrete the offers to help are – like can I mow your lawn or just specific things – I think are really welcome.”

The “With Love, Me” campaign is an extension of Merck’s You Cancer Game Plan and can be found here.