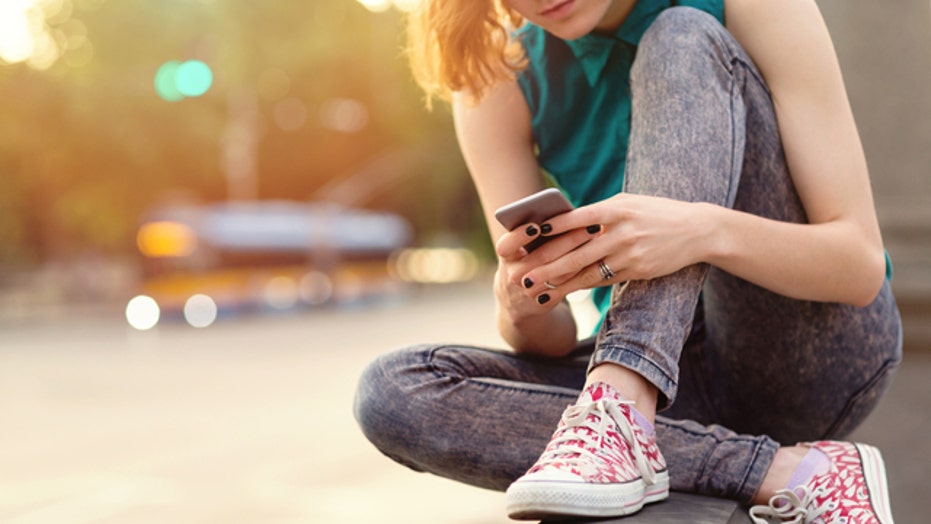 Is your kid a ‘Screenager?’

Experts say kids are spending too much time in front of screens – almost seven hours a day on average – but what about their parents? Dr. Manny sits down with Dr. Delaney Ruston to talk about her documentary, “Screenagers: Growing Up in the Digital Age” and how families can strike a technological balance

Experts say kids are spending too much time in front of screens – almost seven hours a day on average – but what about their parents?

A generation who grew up on cell phones and other handheld devices are now starting their own families, and many companies are providing smart phones to their employees meaning working parents are expected to be available after hours  -- making it harder than ever to lead by example.

Parents are taking notice and looking for ways to strike a healthy balance between family time and time spent watching TV, playing video games, or interacting on social media via smartphones and tablets, according to Dr. Delaney Ruston, a clinical professor of medicine at Stony Brook University Hospital in New York and director of the documentary “Screenagers: Growing Up in the Digital Age.”

“Younger and younger kids are having a lot of screen time, but the reality is parents are concerned and they are stepping forward to say ‘Hey, let’s find this balance,’ and it’s working,” Ruston told Dr. Manny Alvarez on a recent episode of FoxNews.com’s “Health Talk.”

Ruston identified five tips to help screen-addicted parents encourage a healthy balance between screen time and down time in their homes.

Acknowledge positives
“In the documentary, I look at a lot of families, including my own struggle to parent my teenagers, and I realize that the way to get them to co-opt into it is a lot different than what I had been doing,” Ruston said.

Ruston suggested starting out the conversation about technology in the household with positivity, noting that if not, kids can become defensive and shut down the conversation before it begins.

Set limits
Ruston said parents should have weekly conversations where they define a few times that make sense to eliminate screen time, like during family meals.

“So you pick just a few times off during the day, and then you write it down in a family agreement,” she said. “It takes a lot of work … it’s not easy, but by having these weekly conversations, it starts to make a big difference.”

Ruston acknowledged that it’s no easy task, but said that behavior changes that provide benefits can be very motivating for parents.

Consider a contract
“I would say it’s really for kids age 11 to 13. [That’s the age] where it really makes an impact, but you’re still having the conversation about ‘Is it reasonable to maybe not use the phone when you’re in the car together?’”

Remove devices overnight and during homework
This one may seem like a no-brainer, but many kids may use their devices because of apps, like calculators or Internet access, that may help with their homework. But Ruston said the most important part of setting these limits is discussing them with your kids.

“What I think is so important is that the conversation really changes to get their input,” she said. “Teenagers, as they get older, they start to see the negative consequences if they’re on screens too late, so when you have conversations about this, they realize ‘Maybe I want to be on my device so late at night.’”

Parents need to follow rules, too
Ruston said parents should pick a couple of key things that they are working to change about themselves and share that with their family.

“…You’re not only accountable – because that’s how change happens – but [it shows your kids] that you’re all working on this together,” she said. “It’s not just them that have the problem.”

“It’s easier said than done, and that’s why ‘Screenagers’ movie has all different things on the website as resources because you don’t just change this overnight,” Ruston said. “As physicians, we know behavior change is the biggest challenge that we can face.”