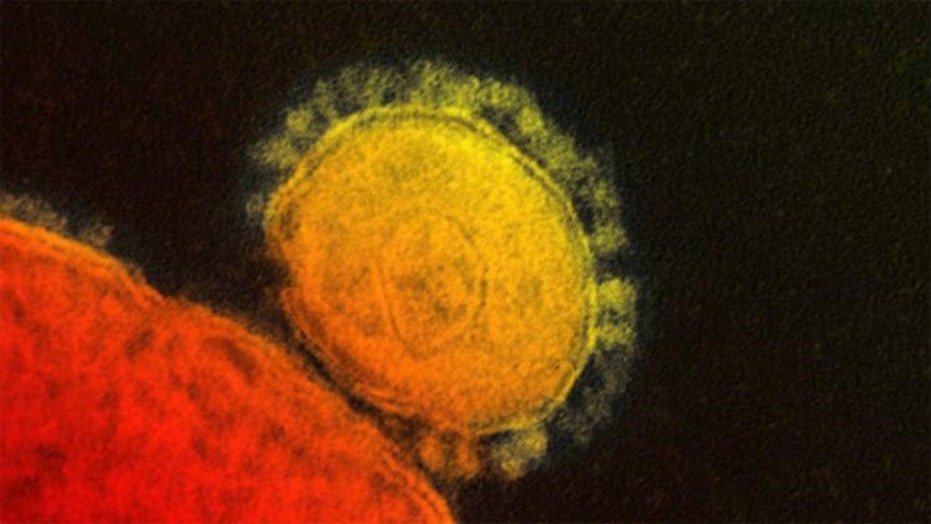 An Illinois resident who had close contact with an Indiana MERS patient has tested positive for the rare virus from the Middle East, health officials say.

Health officials had been monitoring the unidentified resident’s health since May 3 as part of an investigation following the confirmation of the virus in a man who traveled through Illinois to Indiana.

The man had traveled from Saudi Arabia and was admitted to an Indiana hospital on April 28, where he was confirmed to have Middle East Respiratory Syndrome.

The resident is reported to be feeling well and did not seek medical care.

The Associated Press reported that health officials think the virus spread during a 40-minute business meeting that involved no more contact than a handshake.

"We don't think this changes the risk to the general public," which remains low, said Dr. David Swerdlow of the CDC.

The new report also is not considered evidence that the virus is spreading more easily among people than previously thought, he said. The virus is not considered to be highly contagious, and health officials believe it only spreads from person to person with close contact. Many of those who have gotten sick in the Middle East have been family members or health care workers caring for a MERS patient.

The CDC said tests completed Friday provided evidence that the Illinois man had an infection at some point. Since the first man's diagnosis, health officials have been monitoring and testing anyone who was in close contact with him, including health care workers and household members, but none of the rest of them has tested positive for the virus.

A second U.S. illness was confirmed last week in a 44-year-old man from Saudi Arabia who was visiting Florida.

Saudi Arabia has been at the center of an outbreak of MERS that began two years ago. The MERS virus has been found in camels, but officials don't know how it is spreading to humans. Overall, about 600 people have had the respiratory illness, and about 175 people have died. All had ties to the Middle East region or to people who traveled there. There is no vaccine or cure and there's no specific treatment except to relieve symptoms, which include fever, cough and shortness of breath. Not all those exposed to the virus become ill.

MERS belongs to the coronavirus family that includes the common cold and SARS, or severe acute respiratory syndrome, which caused some 800 deaths globally in 2003.