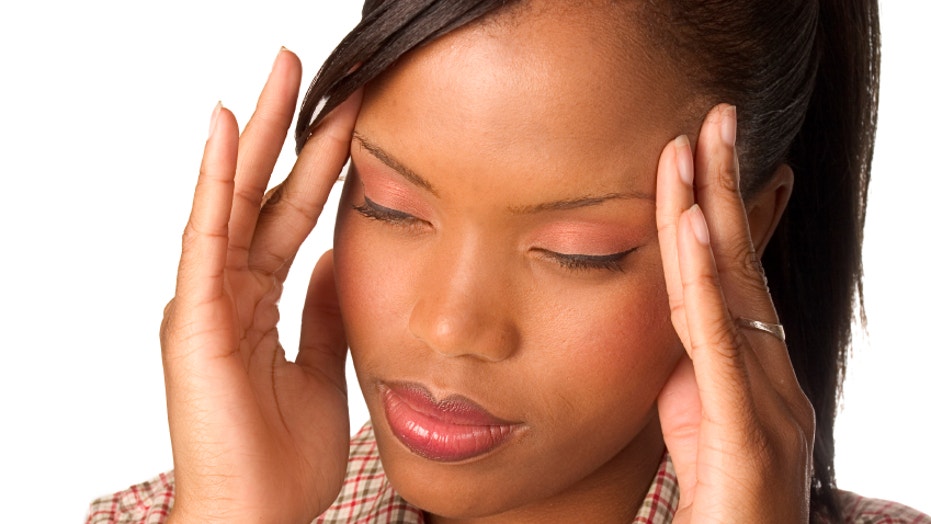 The holiday season should be jolly, but things that go along with the festivities could trigger migraines

The holiday season is supposed to be a merry time, but if you are one of the 30 million Americans who suffer from migraines, the season could also be a headache trigger.

Dr. Larry Newman, director of The Headache Institute at St. Luke's-Roosevelt Hospital in New York City, said his office is busier than ever between Thanksgiving and New Year’s.

So we asked him, what is it about this time of year that brings out the pain?

“If you think of the things that cause migraines, all of them seem to come together around this time; stress, changes in sleep, missing meals, not drinking enough fluid,” Newman said.

And – the food you eat at holiday parties could also be a trigger for migraines, Newman said.

Of course, the scents of the holiday season – think burning candles – and changes in the weather can bring about a migraine, too, Newman said.

And, stress won’t help the cause.

“If you think about the holiday season, instead of being happy, it’s stressed,” Newman said. “Am I going to make it to the party? Am I going to cook in time; who is coming over? The best way to eliminate stress is to not take on everything yourself. Ask for help.”

Newman said migraine sufferers should always carry their medication with them, in case of an attack.

“Studies have shown the quicker you take the medication, the quicker the headache goes away – and the less likely it is to return,” he said.