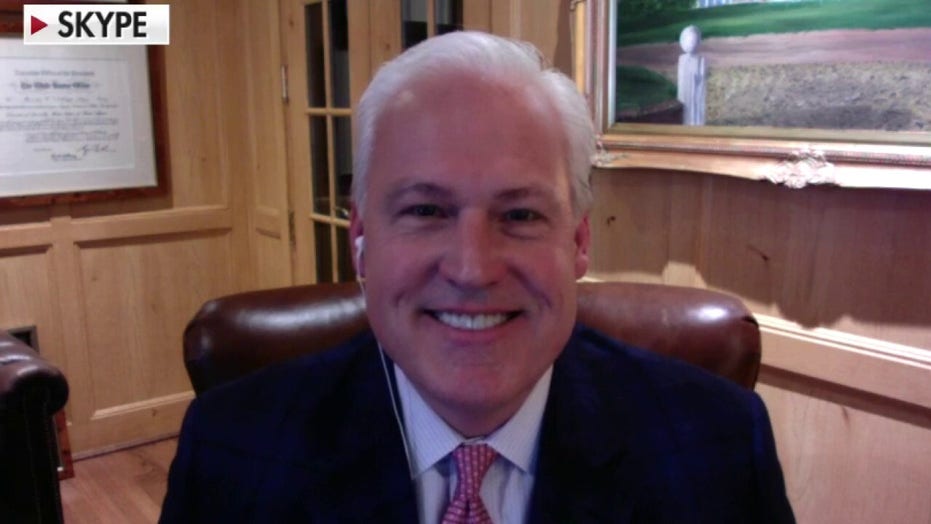 Matt Schlapp on interacting with coronavirus patient at CPAC: Nobody got sick

The chairman of the American Conservative Union, Matt Schlapp, told Laura Ingraham on "The Ingraham Angle" Monday night that "nobody got sick" after a person diagnosed with the coronavirus attended the Conservative Political Action Conference (CPAC) between Feb. 26 to Feb. 29.

Schlapp said that public health officials in Maryland told him several days ago that no one should be quarantined from the virus to prevent its possible spread, which he described as "responsible public health, calm thinking in a crisis like this."

"In this case, there was nobody with any symptoms at any time, nobody got sick because he [the infected person] was there," Schlapp said. "We had 10,000 people in a ballroom and no one got sick, even though the virus was there."

The head of CPAC, who was in direct contact with the infected patient said that health officials did 2,000 screens for the virus across the hotel and told him there is "nothing to be alarmed about."

Since the event, four Republican officials have self-quarantined after they came in contact with the attendee. They include Sen. Ted Cruz R-Texas, Rep. Doug Collins R-Ga., Rep. Matt Gaetz R-Fla., and Rep. Paul Gosar R-Ariz. He said none have been experiencing any symptoms.

Mark Meadows, Trump's incoming chief of staff also announced he will self-quarantine over the next two weeks after he may have come in contact with the attendee.

COVID-19 has been reported to spread without symptoms present, which is a reason people believed to be exposed to the virus are recommended to stay quarantined during its 14-day incubation period, according to the CDC. Symptoms can reportedly appear between 2-14 days after exposure, the agency said.

CPAC ATTENDEE WITH CORONAVIRUS HAD CONTACT WITH 'SEVERAL' MEMBERS OF CONGRESS: PHYSICIAN

"The 10,000 people that came to CPAC, we can't find anybody, anybody who has symptoms after having one case of the coronavirus," Schlapp said. "It shows the virus is hard to contact."

The unidentified patient reportedly attended multiple days of the event on a gold-level VIP ticket, as well as a Friday night Shabbat dinner associated with it, according to Politico.

Event organizers have contacted over a dozen people who were identified as having direct contact with the attendee.

Since originating in China back in December, the virus has already spread to 116 countries, including 35 states in the U.S. The CDC has reported 423 cases and 19 deaths in the U.S so far.

The global death rate for the coronavirus was announced to be 3.4 percent last week. In comparison, the flu's mortality rate is "far fewer" than 1 percent, according to the WHO.

Those at the highest risk of dying from the virus are the elderly and those with preexisting health conditions.