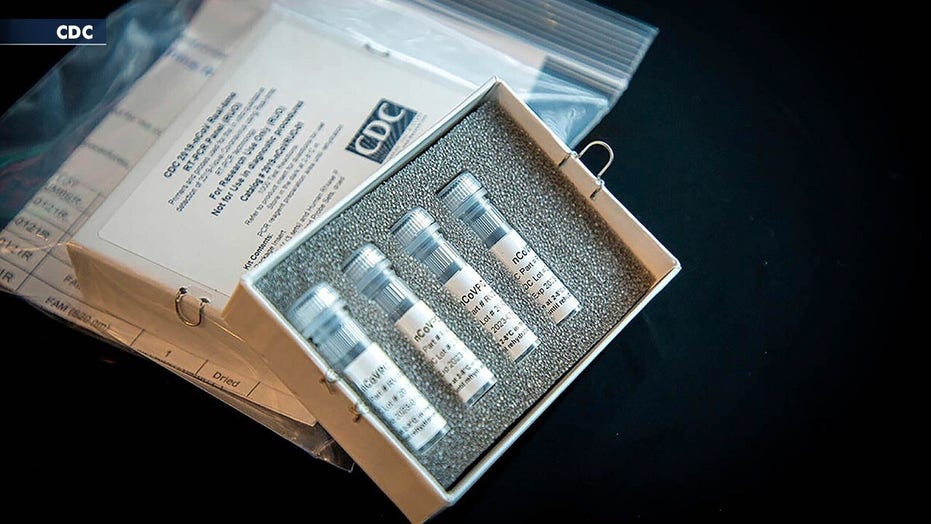 The Grand Princess cruise ship, which was returning to San Francisco from Hawaii, is being held offshore following reports of the ship's connection to a cluster of coronavirus outbreaks in California; Claudia Cowan reports.

Princess Cruises confirmed on Thursday morning that “fewer than 100 guests and crew” of the Grand Princess have been identified for COVID-19 testing after some began experiencing “influenza-like illness symptoms.”

The Grand Princess, which was returning to San Francisco from a voyage to Hawaii, is currently being held offshore following reports of the ship’s connection to a cluster of coronavirus outbreaks in California. On Wednesday, public health authorities in Placer County reported the state's first death from COVID-19, in a patient believed to have been exposed during the previous voyage of the Grand Princess.

Princess Cruises confirmed on Thursday morning that “fewer than 100 guests and crew” of the Grand Princess have been identified for COVID-19 testing after some began experiencing “influenza-like illness symptoms.” (Scott Strazzante/San Francisco Chronicle via AP)

As a precaution, Princess Cruises has confirmed that no guests will be able to disembark until testing of the “fewer than 100” passengers and crew is complete. The company explained that the tests — which were obtained by the ship’s medical staff via helicopter — are being brought to a lab in Richmond, Calif. Under guidance from the Centers for Disease Control and Prevention (CDC), all affected guests are being asked to “remain in their staterooms,” Princess Cruises confirmed.

Among the people identified for testing include all in-transit guests on the current Grand Princess voyage (for instance, guests who sailed on the ship’s previous voyage to Mexico between Feb. 11 and 21, and remained onboard for the Hawaii voyage).

Princess Cruises was not immediately available to confirm the number of in-transit guests currently on the Grand Princess; USA Today reports that number as 62.

“We will continue to proceed under the guidance of the U.S CDC and local authorities,” the cruise line wrote.

The Grand Princess’ next sailing — scheduled to depart on March 7 — has also been canceled. Affected passengers are eligible for refunds, as well as reimbursement for travel expenses on a “case-by-case basis,” Princess says.

Princess Cruises first issued a health advisory on Wednesday for passengers currently aboard Grand Princess, and for guests who were on a previous voyage after the CDC began investigating "a small cluster of COVID-19 cases in North California connected to our previous Grand Princess voyage that sailed roundtrip San Francisco from Feb. 11 to Feb. 21."

Later that day, officials in Placer County confirmed California’s first COVID-19 death, in an elderly patient who was “likely exposed” on the cruise.

Princess Cruises added that it was cooperating with health officials and the CDC to identify other passengers from the previous cruise who may have been exposed.

Princess Cruises also operates the Diamond Princess liner, which had finally disembarked guests and passengers after being quarantined at a port in Japan following a coronavirus outbreak that sickened hundreds of passengers and killed several.