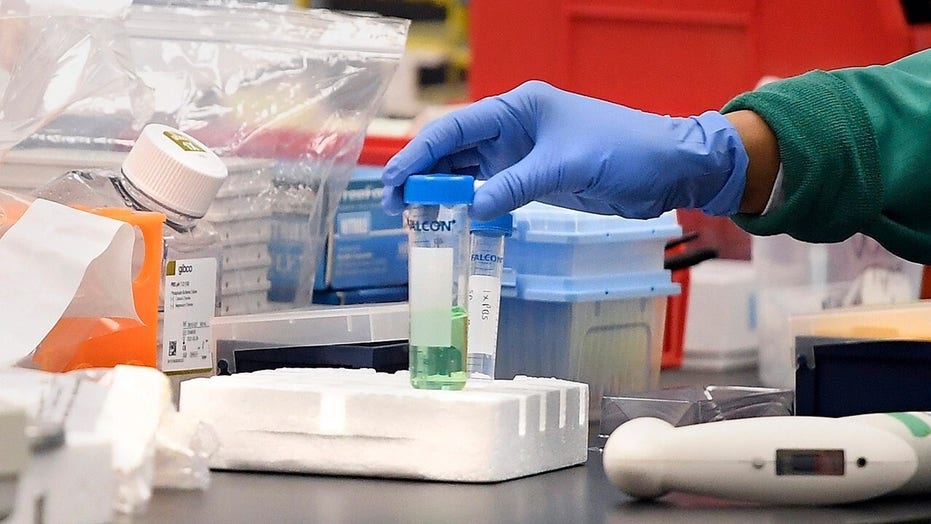 A German company working on a potential vaccine for the new coronavirus denied reports Monday that the U.S. government was angling to acquire it, while German officials sought to ease tensions fueled by the story by insisting the firm would stay in the country.

On Sunday, Germany's Welt am Sonntag newspaper, citing unidentified German government sources, reported that the then-boss of CureVac took part in a meeting between pharmaceutical managers and U.S. President Donald Trump in early March. It said Trump apparently was offering the German firm a large amount to secure its work for the U.S.

In a tweet Monday, CureVac confirmed it had been one of the companies at the meeting, but said the media reports about an offer were incorrect.

“CureVac has not received from the U.S. government or related entities an offer before, during and since the task force meeting in the White House on March 2,” the company wrote.

CureVac on Sunday called the reports “speculation,” issuing a statement saying that it was working to develop a vaccine and was in contact with a global alliance called the Coalition for Epidemic Preparedness, “and many other organizations and authorities worldwide.”

It rejected "allegations about offers for acquisition of the company or its technology,” but that failed to dampen interest in the story, partially fueled by the responses from German officials.

Ahead of CureVac’s tweet, Chancellor Angela Merkel's chief of staff, Helge Braun, told the Bild daily that German officials had “very intensive contact” with CureVac over the past two weeks “when there were thoughts of enticing it to the United States.”

CORONAVIRUS QUARANTINE: HOW TO COPE WITH SOCIAL ISOLATION

He said the company would get every support to develop a vaccine as quickly as possible. “We also made clear that if a vaccine is developed in Germany, then it is for Germany and the world,” he was quoted as saying. “That also convinced the company, so that it will stay.”

Braun didn't elaborate on the nature of the U.S. interest.

Germany's interior minister, Horst Seehofer, was asked at a news conference Sunday whether he could confirm that the U.S. had tried to take over a German vaccine company for a large amount of money.

“I can only say that I have heard repeatedly today from members of the government that this is true,” he replied. Economy Minister Peter Altmaier, speaking on ARD television, said that “Germany is not for sale.”

Meantime the U.S. ambassador to Germany, Richard Grenell, tweeted that “the Welt story was wrong.”

On Monday when asked about the various officials’ statements, a spokeswoman for Altmaier, Beate Baron, said the government’s position was that new vaccines “must be available for everyone, and this cannot be about exclusivity.” She added that she didn't have “sufficient information” to confirm that there was an offer.

CureVac's chief operating officer, Hans-Werner Haas, told the Tagesspiegel daily that the company and other biotech firms had attended a meeting with Trump and the president signaled that “we should hurry." But he said that CureVac, which is based in Tuebingen, Germany, and has a site in Boston, doesn't know where the “rumor” of an offer from Trump came from and “we don't have an offer.”

For most people, the coronavirus causes only mild or moderate symptoms, such as fever and cough, and they recover fully. For some, especially older adults and people with existing health problems, it can cause more severe illness, including pneumonia and death.