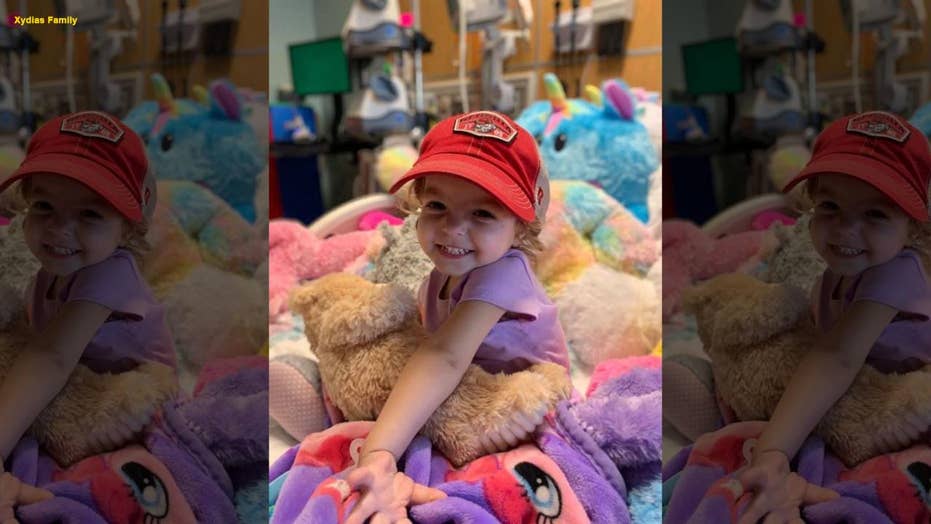 The 2-year-old Georgia girl who touched hearts worldwide when her parents shared that she had been diagnosed with a rare form of ovarian cancer is now celebrating being cancer-free. McKenna “Kenni” Shea had a legion of supporters sending messages of hope as she went through several months of treatment beginning in February, with her parents posting regular updates on the “Fight With Kenni” Facebook page.

On June 12, Kenni’s parents, Meagan and Michael Xydias posted a touching photo of their daughter on the page wearing a pink tank top that reads “This Unicorn Beat Cancer” along with the message “We’re NED (no evidence of disease)!”

“Thank you so much for all the prayers and for keeping us in your thoughts for the past 4 months,” a later read. “Our journey began 2/14 and today, 6/12, Kenni has officially kicked cancer’s *ss! We couldn’t have gotten through this without your love, support and prayers. Thank you, from the bottom of our hearts! We thank God every day for taking care of our baby and giving us such faithful prayer warriors to help us get through this nightmare.”

The post said Kenni’s most recent scans showed no evidence of disease in her abdomen or chest, and that she was able to ring the bell signifying the end of her treatment. She is scheduled to have the port in her chest removed on Friday.

Kenni’s symptoms had first started with on-again-off-again fevers, irritability, picky eating and bloating in her stomach. The family had recently moved and switched pediatricians, and Kenni had just started a new daycare so her symptoms weren’t overly alarming at first. But after being told several times that it was likely constipation, Meagan decided to push further and they landed at Children’s Healthcare of Atlanta Scottish Rite Hospital where an ultrasound discovered cancerous tumors in the toddler’s body.

She was officially diagnosed with stage 3 yolk sac ovarian cancer, the result of germ cell tumors that typically form in the reproductive organs of children, but can also appear in other areas including neck, chest, abdomen, tailbone, pelvis or brain.

Kenni underwent surgery to remove the tumors, along with her right ovary and five inches of her small intestine before facing several rounds of chemotherapy. Meagan previously told Fox News that she hoped sharing her daughter’s story would reach parents who may be hesitating to push for a diagnosis or ask more questions at the doctor’s office.

“If that helps just one person, then it’ll all be worth it,” she said.

More than 11,000 people have been following Kenni's updates on Facebook.