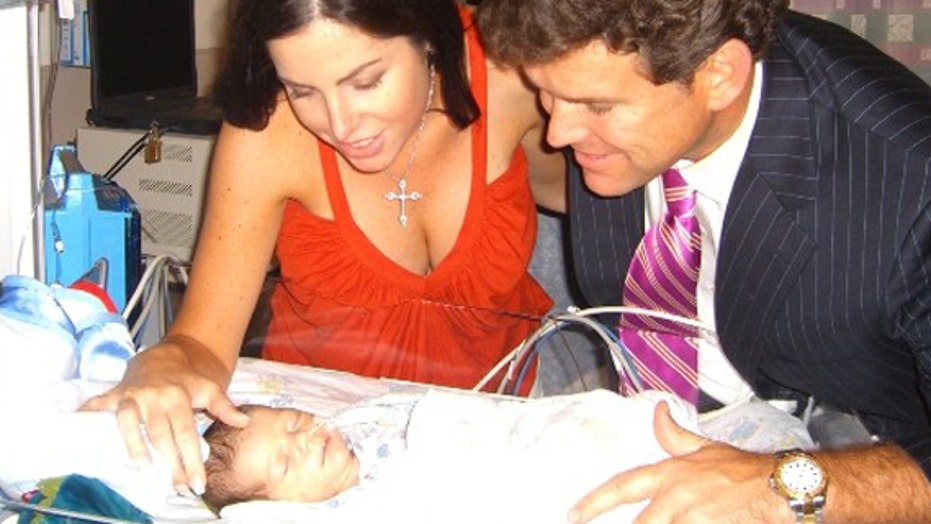 When Fox News anchor Bret Baier and his wife Amy welcomed their first child into the world, he was diagnosed with five congenital heart defects. The road ahead was long and Baier documented the ups and downs in his book, “Special Heart: A Journey of Faith, Hope, Courage and Love”

When Fox News anchor Bret Baier and his wife, Amy Baier, welcomed their first child into the world in 2007, what should have been one of the happiest times in their lives quickly turned into one of the most difficult.

Just one day after their son Paul was born, the new parents received shocking news: Their son had been diagnosed with five congenital heart defects.

Doctors said Paul would need numerous open heart surgeries and that there was no guarantee he would ever be able to go home.

“It was like a bomb went off in the room,” Bret Baier said. “And I remember all of those things, that moment, changing our lives. Because [the doctor] essentially said if he didn't have surgery within days, he would die."

The couple was left feeling stunned and helpless.

“It was really our worst nightmare, it really ... took the wind out of our sail,” Amy Baier said. “…It was absolutely heartbreaking."

Paul’s condition included a complicated combination of problems, requiring three open heart surgeries, the first of which occurred when he was just 12 days old.

One of the major problems Paul faced was that his heart was pumping blood in the wrong direction. Fixing this defect required a procedure called an arterial switch operation. According to Dr. Richard Jonas, the procedure involved separating the heart’s two main arteries and reattaching them in the proper location.

“You have to switch around the main arteries, close off the holes in the heart, repair the aorta, so join the two ends of the interrupted aorta together,” said Dr. Richard Jonas, chief of cardiac surgery at the Children’s National Heart Institute in Washington D.C. “And then, because part of his heart was quite underdeveloped, and [because he had] an abnormal coronary artery, [that] meant we had to jump over the abnormal coronary artery with a tube.”

The tube used in the operation was from an infant donor, meaning it would need to be replaced as Paul got older – adding another layer of complications to his condition.

Fortunately, the procedures were successful and Paul is now an energetic, healthy 6-year-old who enjoys playing with his younger brother, Daniel.

Throughout their journey, the Baiers used email and letters to keep family and friends updated on Paul’s condition, with Bret Baier flexing his reporter skills to take the lead on the family’s correspondence.

“In these situations, I really only can focus on Paul, and Bret needs to reach out to others and be the communicator,” Amy Baier said. “And so we've sort of learned how we communicate, which is why Bret has a book coming out.”

The new book, “Special Heart: A Journey of Faith, Hope, Courage and Love,” details the family's struggle with Paul’s condition and includes correspondences between the Baier family and their friends and relatives. Bret Baier hopes it will help other families facing similar obstacles to cope.

As Paul continues to grow older, the Baiers hope that he will be empowered – not hindered – by his experiences. Though he may require additional procedures, they feel confident he will lead a long, healthy life.

“[Paul] said ‘Daddy, why do I have to go through all this heart stuff and the other kids in my class don't?’” Bret Baier said. “And I thought about it, and I said, ‘Well, God has a plan for you, and he's just testing you right now, and right now you're passing with flying colors.’”

The proceeds from “Special Heart” will be donated to various non-profit pediatric heart causes. For more information or to buy the book, visit specialheartfamily.com.