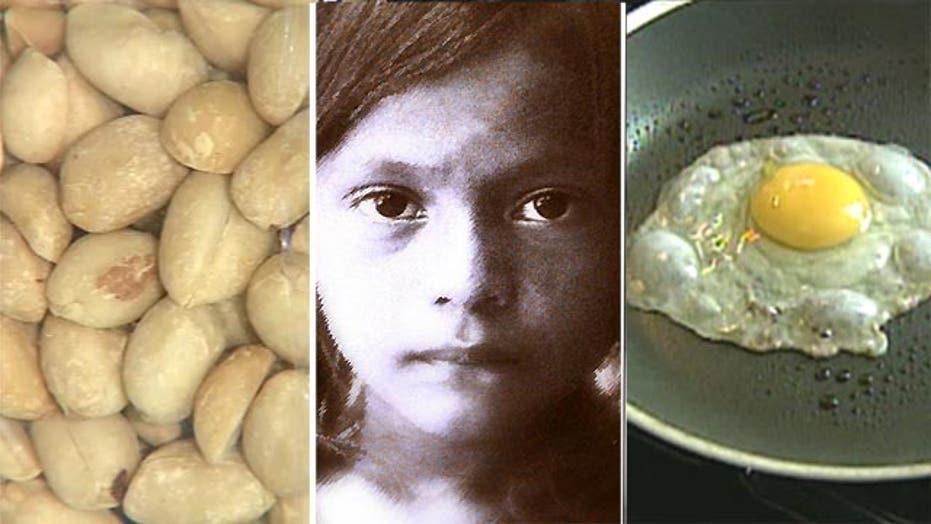 The steep price tag comes from children's medical expenses, parents' lost work productivity and other costs, according to a study published Sept. 16 in the journal JAMA Pediatrics.

The rate of food allergies in children has increased in the last decade, and now about 8 percent of children in the United States have food allergies. Some of the most common childhood allergies are to such foods as peanuts, eggs, milk and wheat.

Exactly why allergies are on the rise is a mystery. Some research suggests that increasing awareness of allergies may contribute to the increase. On the other hand, the hygiene hypothesis suggests that because children today face fewer infections and germs than in past eras, they are more likely to develop the immune-system responses that can lead to allergies.

But although the reasons for allergies had been studied, few people had looked at the economic impact of allergies.

To estimate that cost, Dr. Ruchi Gupta, a researcher at the Ann & Robert H. Lurie Children's Hospital of Chicago and the Northwestern University Feinberg School of Medicine, and her colleagues asked 1,643 United States parents or other caregivers of children with allergies to describe the expenses associated with their children's food allergies.

The average cost for each child with food allergies came to about $4,184 yearly, the researchers found. Given the rate of food allergies in U.S. children, that means the national cost of children's food allergies is $24.8 billion per year.

Doctor and emergency-room visits, along with hospitalizations, cost the system about $4.3 billion, with families shouldering separate, out-of-pocket expenses of about $5.5 billion.

Nearly a third of that out-of-pocket expense comes from the purchase of special foods. Parents also shelled out extra money to protect their children from unintentional exposure, by paying for special child-care arrangements, changing schools or sending their children to special summer camps. Caregivers also saw an economic impact of about $770 million in lost productivity due to frequent medical visits.

But the biggest expense about $14.2 billion was incurred because about 9 percent of caregivers restricted their career choice, or had to leave or change jobs due to the child's allergies.

The findings suggest that, unlike other common childhood diseases, such as asthma, most of the costs of food allergies are borne directly by the family, rather than by the medical system, the researchers said.

Still, most caregivers reported that they were willing to pay what they had to in order to protect their children.