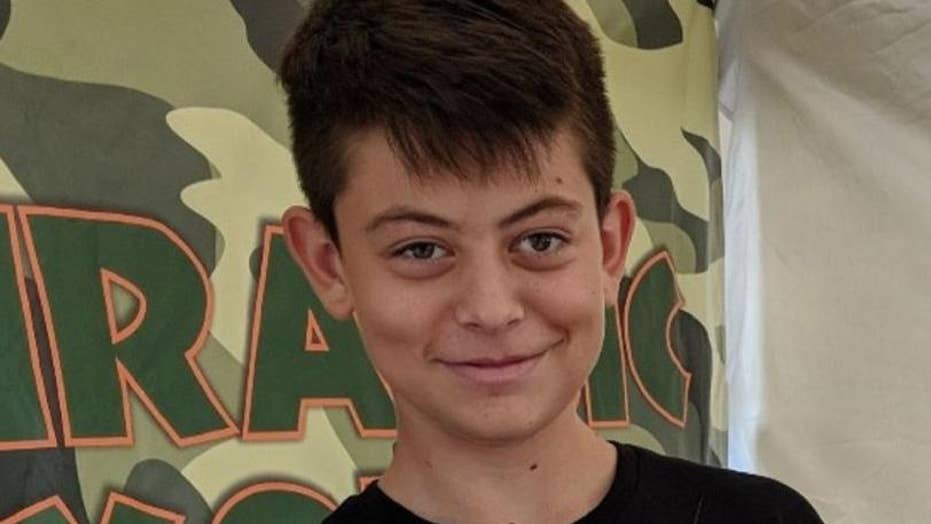 Dr. Marc Siegel reacts to the rise in deaths across the U.S.

A young boy in Florida died Tuesday from what’s believed to be the flu, according to a family member who is now urging people to get their flu shots.

Deputies with the Palm Beach County Sheriff’s Department arrived at the home of Dylan Winnik’s father on Tuesday to find that the 12-year-old had died, the Palm Beach Post reported.

Winnik, a seventh-grade student at Okeeheelee Middle School, had been sick for just a few days leading up to his death, but his family believed he had a cold, according to Mike Medwin, the boy’s mother’s partner.

Medwin, who said the boy did not receive a flu shot this season, urged families to see the gravity of the disease, the newspaper reported.

“Please implore other parents to not take the flu lightly whatsoever,” Medwin told the Post.

A GoFundMe page was set up in Winnik’s honor and to help the family pay for funeral and memorial costs. The boy was described as “highly intelligent, surprisingly funny, and always full of life.”

HOW ARE THE COLD AND FLU DIFFERENT?

“He was and will always be greatly loved by countless family and friends,” the page says. “There is nothing that can ever explain the loss of a beautiful child at such an early age.”

Authorities will conduct an autopsy on the boy’s body to confirm his cause of death, the sheriff’s department told the Post.

The flu has been rampant this season, affecting every state in the country except Hawaii. And so far, it has killed at least 30 children, according to the latest report from the U.S. Centers for Disease Control and Prevention, which adds that the outbreak “is likely to continue for several more weeks.”