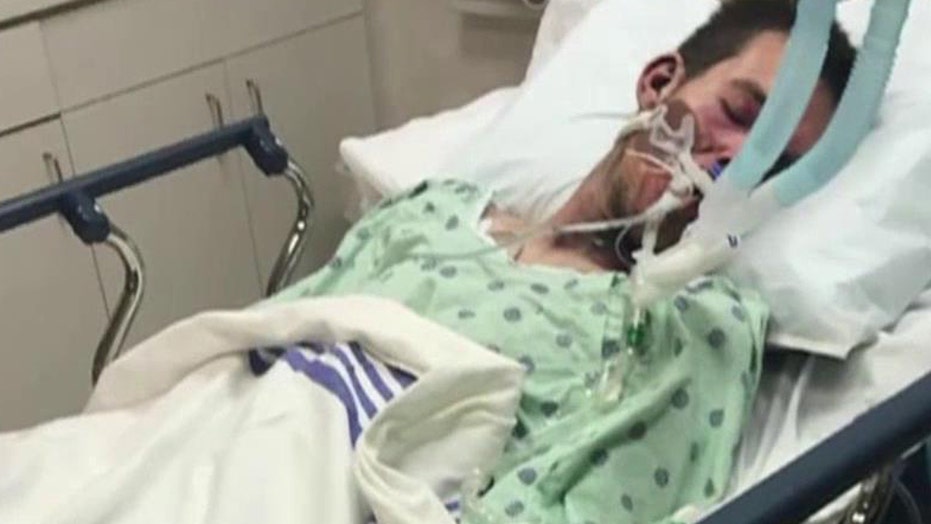 Florida man in coma after e-cig explodes in his face

21-year-old is fighting for his life

The family of a Florida man who was placed in a medically induced coma Monday after his e-cigarette blew up wants others to understand the dangers of the devices.

Evan Spahlinger, 21, is in critical condition after he was found on the floor covered in soot by family members, WINK News reported.

“I was laying in bed with my 2-year-old and I heard an explosion, then I started smelling burning, smoke and fire,” Ema Richardson, Sphalinger’s sister, told the news station.

“I found my bother not breathing, with his whole face burned and his neck burned and trying to throw up a little or maybe he was gasping for air, so I called 911, she told WINKNews.com.

Spahlinger was taken to NCH Downtown Naples Hospital before being flown to a Miami hospital where doctors placed him in a coma to alleviate pain.

“They said he has internal and external burns and damage to his lungs for the explosion itself,” Richardson told WINKNews.com. “And possibly the mouth piece went, when the cigarette exploded, it went down his throat and exploded again.”

Firefighters told the news outlet that the explosion was likely caused by the device’s lithium battery.

“Luckily I was here, it was the most traumatic experience, I think, of my life,” Richardson said.

“We want people to know the risk and dangers. Had Evan of known, maybe he wouldn’t have chosen to smoke the electronic cigarette,” she said.