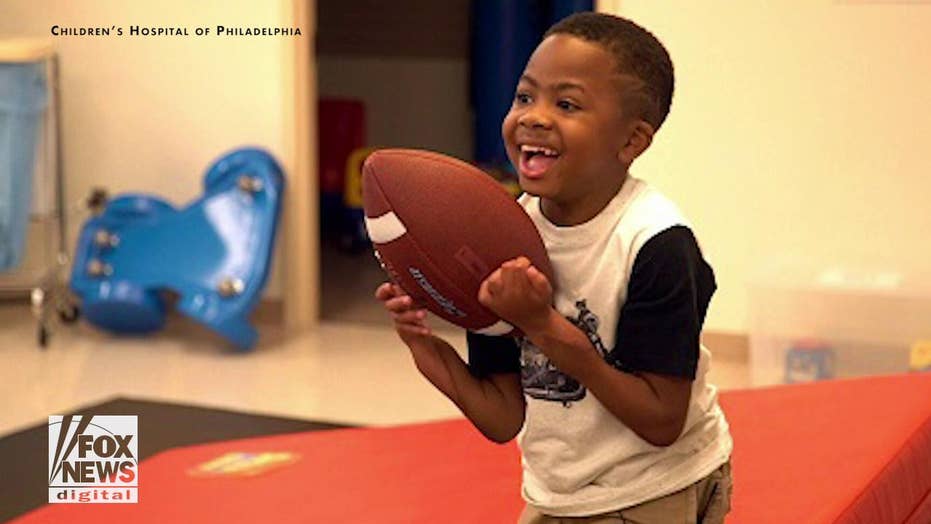 Medical Mysteries and Marvels: Zion Harvey of Baltimore, Md., was the first youngster to undergo a successful double-hand transplant in 2015. Despite the hardships of any transplant, Zion is succeeding. Aside from progress in basic functions like feeding and dressing, Zion can hold a baseball, row a boat and has even played on monkey bars with some standby assistance.

According to previous reporting, the boy needed an amputation of both hands and feet when he was younger due to a life-threatening infection. He also received a kidney from his supportive mother, Pattie Ray.

Now, doctors have reported Zion’s success and progress 18 months after his double hand transplant in 2015. The case study was published in The Lancet Child and Adolescent Health.

According to the case report, Zion’s surgery lasted nearly 11 hours and required 4 medical teams working on the boy and his donor simultaneously. Before then, doctors had worked to prepare for transplantation for 2 years.

Next, Zion needed close monitoring and rehabilitation for months following the surgery. He was still undergoing therapy at the time of the report. Due to both the kidney and hand transplants, Zion will need continual immune-suppressing drugs.

Despite the hardships of any transplant, Zion is succeeding, says a report in USA Today. Aside from progress in basic functions like feeding and dressing, Zion can hold a baseball, row a boat and has even played on monkey bars with some standby assistance.

“I’m happy with my new hands,” Zion said in a USA Today interview.

Along the way, his mother, Pattie, has been a big supporter, helping him succeed at whatever he chooses to do. Yet Zion upholds that he is “the same kid everyone knew without hands,” reports The Guardian.

One trait that doctors and supporters alike have noticed is Zion’s determination to succeed. According to The Guardian, the boy has had his share of hardships, including eight rejections of the transplants which doctors were able to reverse.

In addition, Zion has had to work hard in therapy. One of Zion’s physicians, Dr. Sandra Amaral, told The Guardian that the surgery has been “demanding for the family.” Doctors will still track the boy to see the long-term results of this surgery. However, doctors now know that double hand transplants in children can be successful, as Zion has proven.