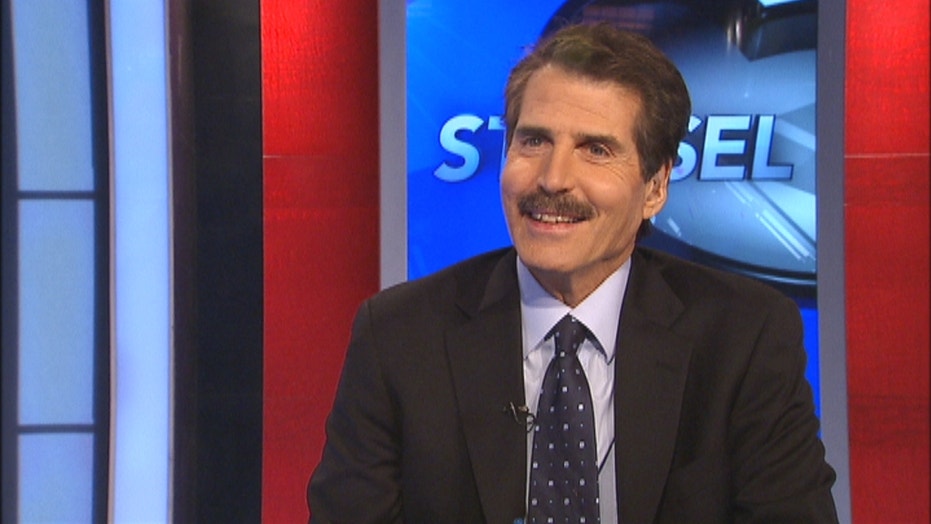 Of the 3 million Americans who stutter, 4 out of 5 are males. One of them is Fox’s own John Stossel. Hear his story of how he overcame the biggest obstacle standing in the way of his successful career as a broadcast journalist

It’s a medical mystery as old as speech itself that continues to stump scientists and medical professionals. Of the 3 million Americans who stutter, 4 out of 5 are males. One of them is Fox News’ own John Stossel.

“I started stuttering when I was 3 or 4,” Stossel told FoxNews.com. “I was always ashamed of it, so I would feel the block coming on and substitute another word if I could.”

Stuttering is characterized by disruptions in the production of speech sounds, also called "disfluencies," according to the American Speech-Language-Hearing Association’s website. It begins during childhood, and in some cases, it lasts throughout life.

While broadcast journalism may seem like an unlikely career choice for someone who struggled with speech, Stossel said it happened by chance when he took a job as a researcher for a TV station in Portland, Oregon.

“I never intended to go on television,” said Stossel. “And when they first insisted I go on the air, I would not be on camera. I would just be on video tape, and we would snip the stutters out of the video tape.”

Stossel tried everything from going to speech camps as a child, to transcendental meditation and hypnosis to work through the disorder – but the results were short-lived. As his career took off, it became harder for him to hide the problem.

“I was having so much trouble on TV, I was almost ready to give up the job,” said Stossel. “At one point I was anchoring, and I couldn’t substitute because I had trouble with plosive sounds like D and B, and I was doing election results; ‘This person spent this many d—dollars,’ and I couldn't say 'bucks' -- and that's a plosive sound anyway -- so there was no good synonym for dollars …So I was blocking on ‘dollars’ and they cut me off the air.”

Stossel stuck with his journalism career, but said he was waking up scared every morning that he would humiliate himself on live television. So when he heard about a stuttering program at the Hollins Communications Research Institute (HCRI) in Roanoke, Va., he decided to give it a try.

“[Stossel] was a moderate level stutterer, so a mid-range stutterer,” Dr. Ron Webster, president and founder of the Hollins Communications Research Institute, told FoxNews.com. “He had a noticeable amount of trouble with Ps and Bs and Ds and Ts …These are plosive sounds, they explode these sounds out of your mouth. He also got stuck on some sounds, and he had these unusual hesitations, almost as if he was trying to find the right posture so he could release the sounds.”

Stossel underwent an intensive, 12-day therapy program aimed at rebuilding muscle activation patterns for speech by slowing them down.

“When you have something complex like speech that goes by so fast, our syllables last about 2/10 of a second; that's not much time,” said Webster. “So we slow speech down by about a factor of 10.”

The HCRI program breaks down how speech organs create speech patterns for the 40 basic sounds of American English. By slowing down each syllable to last for 2 seconds, Webster said clients learn to control where they place their lips, how much pressure they put on the lips, how fast they make the transitions between sounds, and how to end the movements at the end of a syllable and then get ready to produce another syllable.

“We rebuild speech, all of the sounds in slow motion, and we also rebuild the way we breathe, because speech rides on air,” said Webster. “And then we teach people how to control the voice.”

A computer system measures voice signals, vocal fold vibrations and energy coming off the folds, and feeds information back to the screen; the computer shows the color green if the client has said the word correctly, and red if he or she has not. Clients can then modify what they are saying and focus on what it takes to get their voice started properly.

Webster said clients start to see results immediately, but most clients need to continue to work on the skills learned in the program even after they’ve completed it. So HRCI developed at smartphone app to help clients continue their therapy at home.

“I completed this course, and it was like a cork had come out of a bottle. You couldn't shut me up,” said Stossel. “Finally, I could just talk to people when I wanted to for the first time in my life; ask directions, ask the bus driver, ‘Where does this bus go?’ And I just was so happy -- and then I had a relapse …But I kept practicing as they suggest, and eventually, it went away … I'm still a stutterer, but … I feel mostly in control of my speech.”