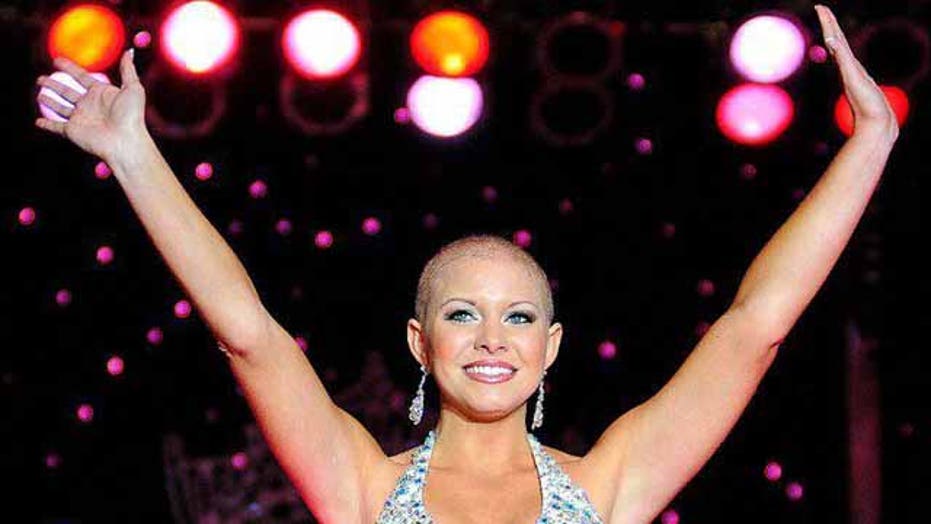 These women are doing everything they can to empower women and destigmatize conversations about female hair loss.

NEW YORK – More than 30 million women in the United States, or about 1 in 4, suffer from hair loss or thinning hair by the time they turn 35. And yet it's a topic women barely talk about.

Now two women, one of them a former beauty queen who knows the problem first-hand, are working hard to eliminate the stigma associated with female hair loss.

In 2011, Kayla Martell became Ms. Delaware and competed in the Miss America pageant despite the fact that she was completely bald — she had been losing her hair since she was 11. Martell, now 26, suffers from has Alopecia Areata, a rare auto-immune condition in which the body attacks hair follicles.

"When my hair started coming out, the thing that I remember the most is that I had never met another woman who was losing her hair except for women who are going through chemotherapy treatments," she told Fox News Latino, "so in my mind I connected the dots of my hair falling out to me being very sick."

"We are just not talking about [this issue] enough," she said.

It wasn't until Martell met Flora Fuentes, owner of Unique Hair Concepts, that her perspective and confidence began to change. Fuentes, who began as a receptionist at a hair loss center 25 years ago, outfitted Martell with a hair prosthetic that she used for Miss America and continues to use.

"I found something that worked for me, worked for my lifestyle, and helped me to look beautiful again, but it took some time to regain that confidence," Martell said.

She said she goes back and forth between showing her bald head and using a hair prosthetic, depending on how she feels that day. She said it is comparable to deciding between wearing flats or heels.

Fuentes explained that while men typically lose hair due to genetics, among women the causes are numerous: hormonal changes, post pregnancy, menopause and thyroid conditions, among others. For such cases, she said, solutions such as low level light therapy, scalp therapy, cosmetic hair restoration, modern hair pieces and extensions have proven to be effective.

Martell and Fuentes say that the biggest obstacle toward recovery and hair regrowth is getting the information out there and having honest conversations, which is why they have embarked on a countrywide tour to educate women about their options.

"Women come up to us and hug us and say 'thank you I had no idea that this was available'," said Fuentes, a first-generation American from Ecuador. "A lot of women feel like they are alone, like they are the only ones suffering from thinning hair."

Ultimately, they hope more attention to the issue will give more women courage to confront hair loss. They strongly believe awareness about hair loss can change and empower the lives of millions of women.

"Sometimes that means learning to feel comfortable in your own skin," Martell said, "finding a way to wake up everyday and love what you see in the mirror."