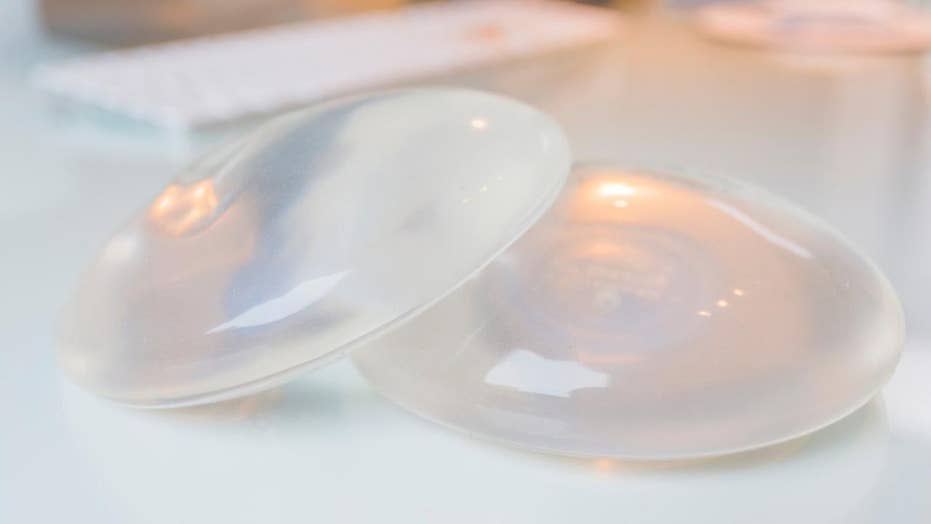 In a letter to doctors, nurses and other health professionals, the FDA has issued a warning concerning a rare cancer linked to breast implants. The cancer, known as breast implant-associated anaplastic large cell lymphoma, usually forms in scar tissue that forms around implants. However, it should be noted that the disease is not breast cancer. The FDA warning applies to all types of breast implants, both saline and silicone.

SILVER SPRING, Md. – U.S. medical authorities are revisiting the safety of breast implants used by millions of American women, the latest review in an ongoing debate about their potential health effects.

An expert panel assembled by the Food and Drug Administration opened a two-day meeting Monday to discuss the latest evidence about the risks of illness and complications with the devices, which have been sold since the mid-1960s.

Breast augmentation is the most popular form of cosmetic surgery in the U.S., with roughly 300,000 women undergoing the procedure each year. Another 100,000 women receive implants for breast reconstruction after cancer surgery.

The panel will hear from researchers, plastic surgeons, patients and manufacturers and then recommend next steps. But for now, the FDA isn't proposing any new restrictions or warnings. The agency's longstanding position is that implants are essentially safe as long as women understand they have complications, including scarring, pain, swelling and implant rupture.

The FDA and other regulators around the world have been grappling with how to manage a recently confirmed link to a rare cancer and thousands of unconfirmed claims that the implants can contribute to other chronic ailments.

"It is essential we try to understand breast implant illness," said Stephanie Manson Brown, an executive with implant maker Allergan. But she added that there is no medically recognized definition of the problem or standardized way to diagnose it.

Most confirmed cases of the cancer, known as breast implant-associated anaplastic large cell lymphoma, have involved a particular style of implants with a textured surface, designed to reduce scar tissue and slippage.

Last year, European Union regulators declined to renew approval for textured implants sold by Allergan, citing links to the cancer. That led the company to pull the products from the European market.

But the FDA has said it is unclear if the cancer is solely linked to textured implants or also involves smooth implants, which make up most of the U.S. market. Lack of data on the total number of implants in use makes it almost impossible to determine how frequently the cancer occurs, the agency notes.

The disease is not breast cancer, but a form of cancer that attacks the immune system and usually forms in the scar tissue surrounding implants. It grows slowly and can usually be successfully treated by removing the implants.

Thousands of women have also blamed their implants for a host of chronic ailments, including rheumatoid arthritis, chronic fatigue and muscle pain. The panel will hear from dozens of women; many of them have called on the agency to place new warnings and restrictions on the implants.

"Don't ignore us. We are real," said Holly Davis, of Charleston, South Carolina.

Davis, 60, said she experienced chronic pain, hair loss, rashes and memory loss after receiving silicone gel-filled implants following a double mastectomy in 2002. Davis said she learned her implants had ruptured when they were removed in 2017; her symptoms have since resolved.

She and other patients want the FDA to require manufacturers to give standardized risk disclosure information to all women considering implants.

"We need to know what we're signing up for — it can't be a surprise down the road," Davis said.

Also scheduled to appear were researchers who theorize that the silicone from implants can trigger or exacerbate immune system disorders in certain patients. Those arguments have long been dismissed by manufacturers, plastic surgeons and FDA regulators. But earlier this month the FDA appeared to signal a shift in its thinking.

The agency said it would begin studying whether certain materials used in breast implants, metal hips and other devices can trigger health problems in patients.

"We believe the current evidence, although limited, suggests some individuals may be predisposed to develop an immune-inflammatory reaction when exposed to select materials," the agency said in a statement.

In the U.S., most women choose silicone gel-filled implants, which are considered more natural looking than saline implants. Both types have a silicone shell.

The FDA also appeared to step-up its oversight of breast implant manufacturers ahead of this week's meeting.

Last week, the FDA sent warning letters to Mentor — a unit of Johnson & Johnson — and a smaller implant maker, Sientra, for failing to enroll or retain enough patients in their long-term studies designed to track safety of the devices. Allergan and the other U.S. manufacturer of breast implants — Ideal Implant — did not receive warnings.