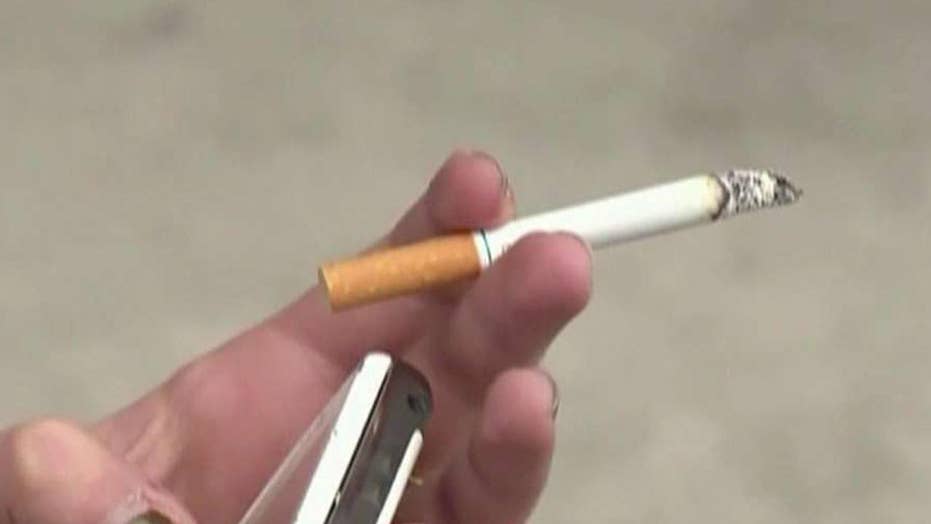 New proposed Food and Drug Administration rules could mark the biggest change to tobacco regulation since Congress mandated warning labels on cigarettes in 1970.

Advances in tobacco plant genetic modification have allowed scientists to lower nicotine content, as have leeching techniques, not unlike coffee decaffeination.

Matthew Myers, president of the Campaign for Tobacco Free Kids. told Fox News that if approved, the new regulations will put tobacco companies to the test.

"If you eliminate the nicotine, if you reduce the addictiveness of the product, the smoker will actually have a real free choice," he said. "Phillip Morris International has been promoting itself as a company that wants to move current tobacco users from products that kill them to products that don't kill them. We'll find out if they mean it."

Some question the potential effectiveness of the proposed changes, fearing that if nicotine is reduced significantly, long time adult smokers may seek black market alternatives to get their nicotine fix.

"They find that it helps them concentrate. It relaxes them," said Dr. Sally Satel, a psychiatrist who has written extensive about addiction at the American Enterprise Institute. "These are the individuals who often have quite a bit of trouble quitting, which is why a safer way to get nicotine is a godsend for people like this."

As a part of the tobacco regulation proposal, the FDA also wants to further study  smokeless alternatives, like nicotine patches and vaping.

"We need to properly evaluate them and put them through a proper regulatory process. That's going to take a number of years, so we have delayed certain regulations so that we have the time to do that," said FDA's Gottlieb.

Critics maintain the FDA has been slow to realize the benefits of vaping and e-cigarettes. A British government study found an increase in vaping has been matched by a corresponding decrease in smoking.

It also found strong evidence that vaping has been highly effective in helping people quit smoking.

While the FDA embarks on the vaping study, it has simultaneously launched an educational ad campaign to dissuade children and teens from vaping.