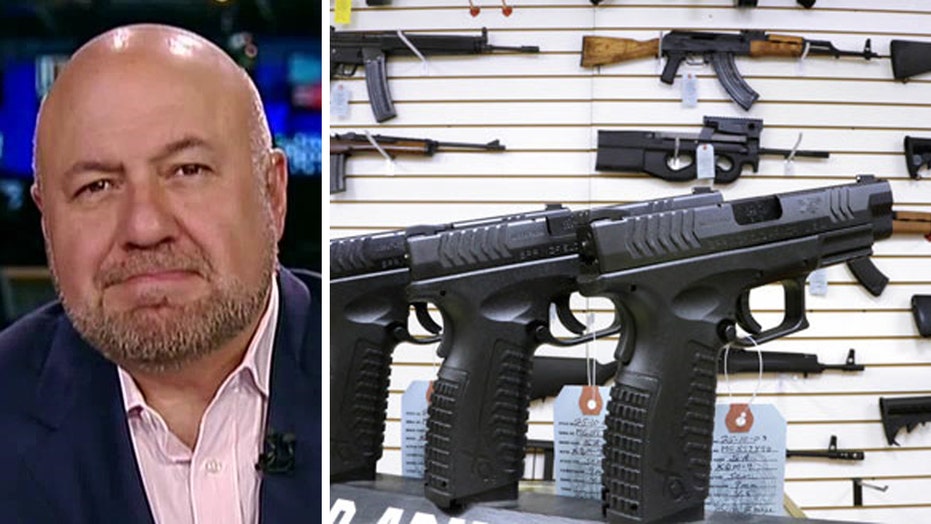 In a tearful address to the nation on Tuesday, President Obama sought to deliver on a promise he made to the American people in the wake of the horrific Newtown, Conn., shooting in 2012 by taking executive action for stronger gun control laws.

Part of the plan for what the Obama administration calls “common-sense gun safety reform” involves enabling health care providers and certain state agencies to report the identities of patients suspected to have mental health issues to the National Instant Criminal Background Check System (NICS) without violating the Health Insurance Portability and Accountability Act, or HIPPA, which has been the law of the land in medicine for quite some time.

So any doctor who accepts Medicare or Medicaid payments will now be allowed to report certain demographic information identifying patients they believe to be subject to a federal “mental health prohibitor,” thus preventing them from possessing a firearm.

Personally, I’m sick and tired of physicians being placed in the middle of government politics and using us for political agendas that have nothing to do with being a doctor. This latest law allowing doctors to report on individuals suspected of suffering from mental illness is inefficient at best.

Gun control is a legal and political problem that should be fixed by Congress and federal rulings— not a problem to put on the shoulders of health care professionals. There are laws in the books that we as physicians have grown up with that do not allow us to share personal and clinical information about a patient with anybody else without written consent. In other words, I cannot even talk to another medical colleague about a patient’s condition without that patient’s consent. But somehow, the president seems to be suggesting that if we even think a patient is suffering from mental illness, we should report them.

Since 2013, Medicare and Medicaid have suggested patients be asked about gun ownership at their doctor’s visits. Even when that recommendation came out, I couldn’t figure out why. But this latest superficial suggestion is not only dangerous but also inappropriate.

First, not all physicians are qualified to diagnose mental health. To diagnose mental health, credentialed doctors must perform specific tests. I hardly think that a kidney specialist is qualified to make a diagnosis of schizophrenia. Now, I have nothing against kidney specialists, but we all go into different fields to focus on certain parts of the body! I believe we could be getting into murky waters with the proposed legislation as it could potentially compromise the credibility of otherwise innocent citizens.

Thanks to the emergence of the black market, gun violence is overwhelmingly committed with firearms that are obtained illegally. Everybody knows that. As it has been suggested by many of my colleagues here at Fox News who are better qualified than I am to discuss this issue, stricter federal court rulings to punish crimes where a gun is used should be placed on the books by the federal government. But this is not part of the president’s plan.

Now, I’m not denying that we have a problem here. I understand how devastating it is for families and communities to continue to deal with these horrific tragedies that are occurring in schools, at work, in shopping centers, etc. Something must be done. Better gun control must be instituted, but I believe it should first tackle the biggest problem: illegal guns. I’m also hoping that as the federal government and the Obama administration continue to debate how to keep America safe, that they pay better attention to mental health treatments and options for patients which— even with the proposed $500 million in federal funds— are still incredibly limited.

Doctors just want to be doctors. We want to deal with science and cure people of their ailments. We don’t want to be policemen for the federal government. And the sad thing is that with the exception of the American Psychiatric Association, I have not seen much coming from medical societies in this country on whether doctors should be part of the gun control policies that the president wants to institute? I’ll tell you what my answer is: No, we already have enough to do, and if we continue to put more of a burden on our doctors, we’re not going to have a lot of them left.