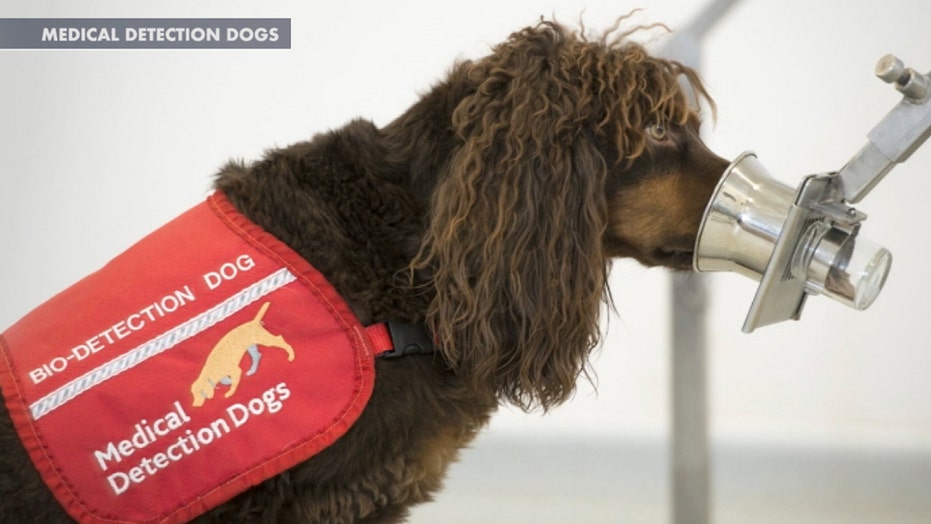 Dogs training to sniff out coronavirus in Britain

The U.K. could be getting a new weapon in the fight against COVID-19: man's best friend; Greg Palkot reports.

Heads up, pet owners: The U.S. Food and Drug Administration (FDA) recently announced the voluntary recall of three dog foods over concerns the products contain a mold byproduct that is potentially above acceptable levels.

The products were called back over concerns they contain above-limit levels of aflatoxin, which the FDA said is a “naturally occurring mold byproduct from the growth of Aspergillus flavus and can be harmful to pets if consumed in significant quantities.”

“The potential for aflatoxin levels above the acceptable limit in these products was discovered by routine sampling performed by the Louisiana Department of Agriculture and Forestry showing that a sample of a single 4-pound bag of one lot of the product contained elevated levels of aflatoxin,” said the FDA, which noted that no illnesses have occurred in connection to the recalled dog foods.

The recall was issued as a precaution, and no other Sunshine Mills products are affected at this time.

The recall was issued as a precaution, and no other Sunshine Mills products are affected at this time.  (iStock)

The affected foods were distributed to retailers across the nation, and the FDA is now advising that any retailers who received the products to take them off store shelves. Consumers who purchased one of the recalled products can return it to the place of purchase for a full refund, according to the announcement.

“Pets that have consumed any of the recalled products and exhibit symptoms of illness including sluggishness or lethargy combined with a reluctance to eat, vomiting, yellowish tint to the eyes or gums, or diarrhea should be seen by a veterinarian,” the FDA said.

Consumers with further questions or concerns can contact the company’s customer service line at (800) 705-2111 or email customer.service@sunshinemills.com.

Photos of the affected products can be found here.

The recall, announced earlier this month, is the second for Sunshine Mills in recent weeks. In late August, the company issued a voluntary recall over Nature’s Menu Super Premium Dog Food with a Blend of Real Chicken & Quail after a sample of the product tested positive for salmonella.