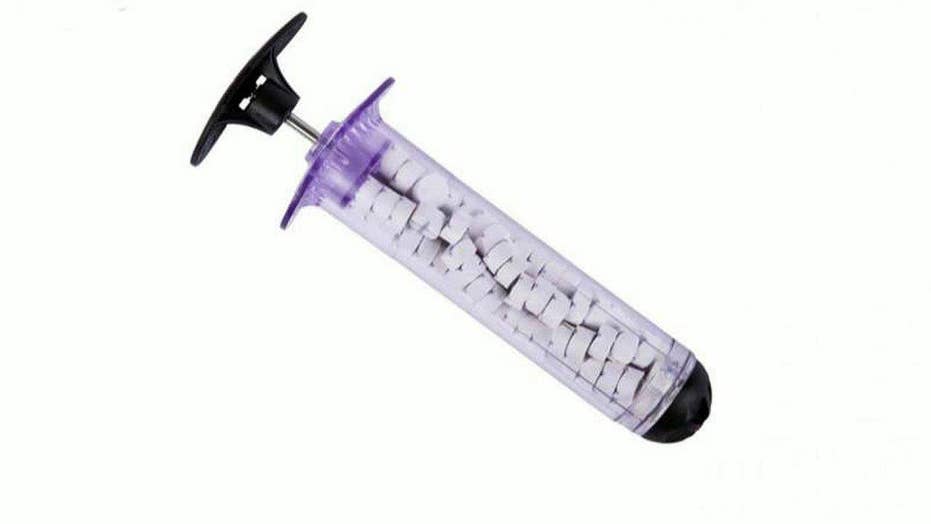 A device developed by the military to save lives in the battlefield could soon be saving lives on US streets. The FDA has approved the XStat Rapid Hemostasis System, a syringe that pumps scores of tiny sponges into gunshot wounds, for general use by first responders in the US, the Verge reports.

The sponges expand when they come into contact with blood and can plug a gunshot wound in only 15 seconds—meaning they could help prevent the hemorrhaging deaths that military researchers believe account for up to 40 percent of all civilian deaths from traumatic injury, reports Gizmodo.

The FDA says the XStat dressing, which lasts for around four hours, stops bleeding in places like the armpit where a tourniquet cannot be placed. "When a product is developed for use in the battlefield, it is generally intended to work in a worst-case scenario where advanced care might not be immediately available," an FDA official says in a press release.

"It is exciting to see this technology transition to help civilian first responders control some severe, life-threatening bleeding while on the trauma scene." The FDA approved the device for military use more than a year ago, reports Gizmodo, which notes that with the rise in mass shootings, XStats will be made available to civilian first responders "at a time when they appear to be most needed." (Another device being used more for shooting victims: old-school tourniquets.)

This article originally appeared on Newser: FDA Approves Battlefield Device for US Streets