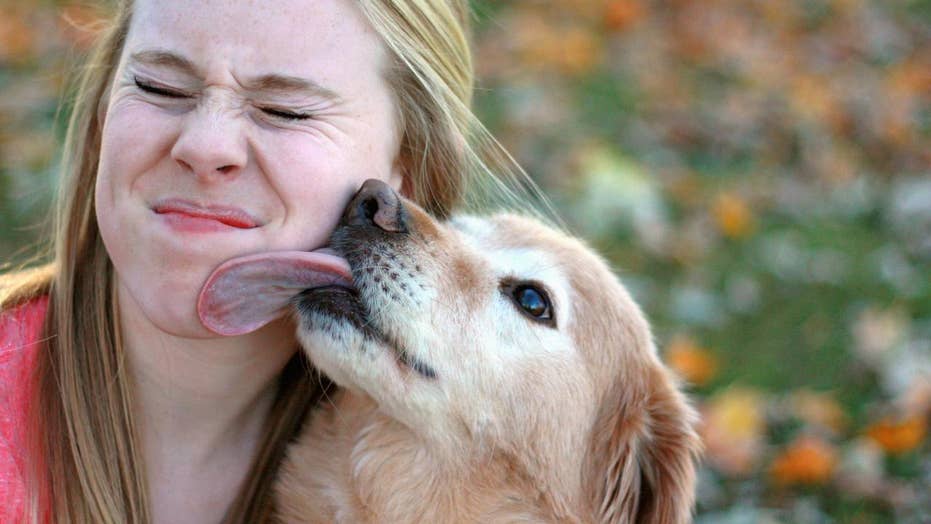 Can a dog's lick kill you?

Two recent cases of a rare infection are raising concerns about the risks of interacting with dogs and cats. According to the CDC, the bacteria Capnocytophaga can spread to humans through bites, scratches, or close contact from a four-legged friend and can cause serious illness in humans.

Some pet owners may be on edge after two cases of a rare – but potentially deadly – infection linked to dog saliva popped up in Wisconsin this summer, leading to the death of one woman and amputation of another man’s limbs.

In both cases, doctors determined the infections were caused by Capnocytophaga bacteria, which is commonly found in dog saliva.

While most people who come into contact with dogs and cats, which also carry the bacteria, are typically unaffected, certain people are more at risk than others.

Here’s what to know about the Capnocytophaga bacteria.

How rare is it to be infected through a dog lick or bite?

Caitlin Cossaboom, epidemic intelligence service officer with Centers for Disease Control and Prevention (CDC) and trained veterinarian, told Fox News that more than 70 percent of dogs carry the bacteria – which is considered to be a “normal oral flora" – in their mouths, while nearly 60 percent of cats do.

Only 12 positive cases of Capnocytophaga infection were reported to the agency in the past year, Cossaboom said, though she clarified not all cases are flagged to the CDC. Given the percentage of dogs and cats that carry the bacteria, combined with the number of reported cases, your chances of being infected with this bacteria are relatively rare.

"Most contact with dogs and cats does not result in Capnocytophaga infection or any illness."

The few cases that are reported “are likely only the most severe cases or those in which diagnosis was complicated for some reason,” Cossaboom explained.

It's important to see a physician if you’ve been bitten by a dog, especially if it hasn’t been vaccinated against rabies.

“Dog bites can carry a risk for some types of infection, although severe infections due to Capnocytophaga are very rare. Most contact with dogs and cats does not result in Capnocytophaga infection or any illness,” Cossaboom added, noting the bacteria is harmless to them.

Dr. William Schaffner, a professor of infectious disease at Vanderbilt University Medical Center, compared the chances of developing an infection from a dog lick to "being struck by lightning," NBC News reported.

How does the Capnocytophaga infection spread and who’s at risk?

Again, infections are rare. But Cossaboom noted that people can become infected with Capnocytophaga bacteria “through bites, scratches, or close contact with dogs or cats that carry the bacteria in their mouths." The bacteria enters the skin when a dog or cat’s saliva comes into contact with the skin, either through a bite or an open wound.

Those with weakened immune systems who have difficulty fighting off infections are at greater risk of becoming ill (such as those with cancer, diabetes or an HIV infection).

“It is important that these people in particular take precautions related to close contact with dogs and cats, and that they talk to their doctors about possible risks when they get sick,” Cossaboom said.

Additionally, the CDC notes those over the age of 40 who drink alcohol excessively and those without a spleen are also at risk.

How can you determine whether your dog or cat has this bacteria?

The best way to find out if your dog or cat carries this bacteria is to have a veterinarian run a test. That said, “a negative result may not mean the animal will always be negative, and the same is true for a positive result,” Cossaboom warned.

If your dog tests positive for this bacteria, antibiotics are not recommended, as “the bacteria can be commonly picked up between dogs,” Cossaboom said, again noting that most contact with both dogs and cats does not result in a Capnocytophaga infection or any illness.